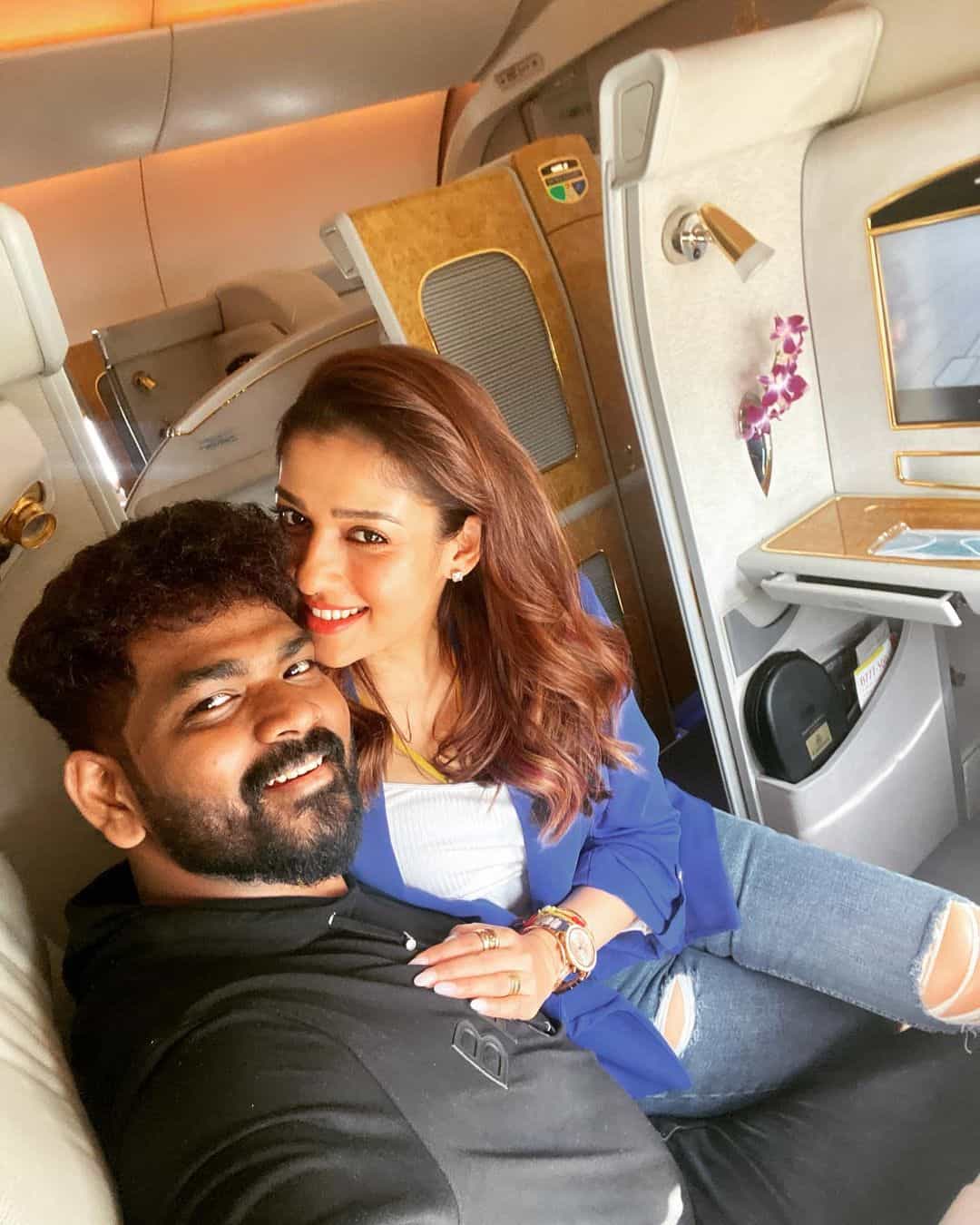 The newly married couple Nayanthara and Vignesh Shivan finally are taking time for themselves. The wedding video of Nayan and Vignesh’s wedding was out on Netflix the other day.

Nayan, who was not seen giving interviews or talking to the media in recent years enthralled her fans with the wedding video. Today, Vignesh Shivan posted a couple of pictures of himself with Nayan on a flight to Spain.

Vignesh and Nayan were seen getting cozy for a selfie and in another picture Nayan is blushing as her hubby plants a kiss on her hand. Vignesh captioned, ‘Enroute #Barcelona with my wifeyyy 🥳☺️😇❤️🥰🥰💐💐💐💐😍😍😍😍😍’ and After a continuous streak of work work work ! Here we take sometime for ourselves ! ☺️☺️☺️☺️#Barcelona here we come ! ☺️☺️❤️💐💐😇😇😇 #Spain #barcelona #barcelonacity.’

Well, that’s the happening couple heading for a honeymoon to Barcelona.