Viral: Tamannah Removes Her Heels To Light The Lamp 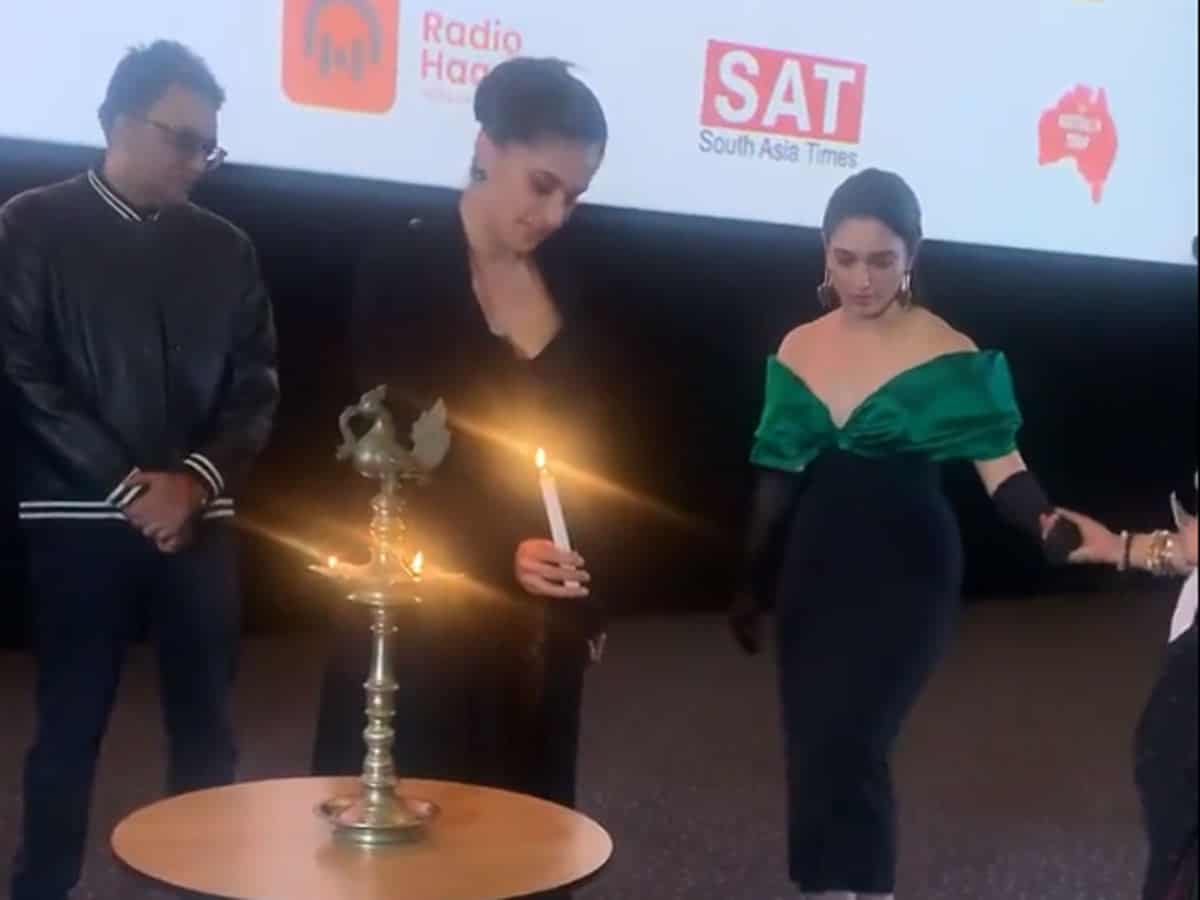 Tamannah is representing at the Indian Film Festival In Melbourne this year. The stunning beauty sizzled in a teal saree and posed for the photos while she called herself Miss B.

In a video that is going viral, Tamannah reminded everyone of the tradition and how she is following it. We have seen many film celebrities lighting a dia on stage as a part of any inaugural event. For the first time, Tamannah surprised all by removing her heels to light the lamp at Melbourne, for the opening ceremony of the Indian Film Festival Melbourne.

The act of Tamannah amazed all and she is being called the beauty inside and outside. Twitter says, ‘Kudos to Tamannah for being so grounded! She removes her heels and lights the lamp at the opening ceremony of the Indian Film Festival of Melbourne.’

Along with Tamannah, Taapsee, Anurag Kashyap and many others joined the event.