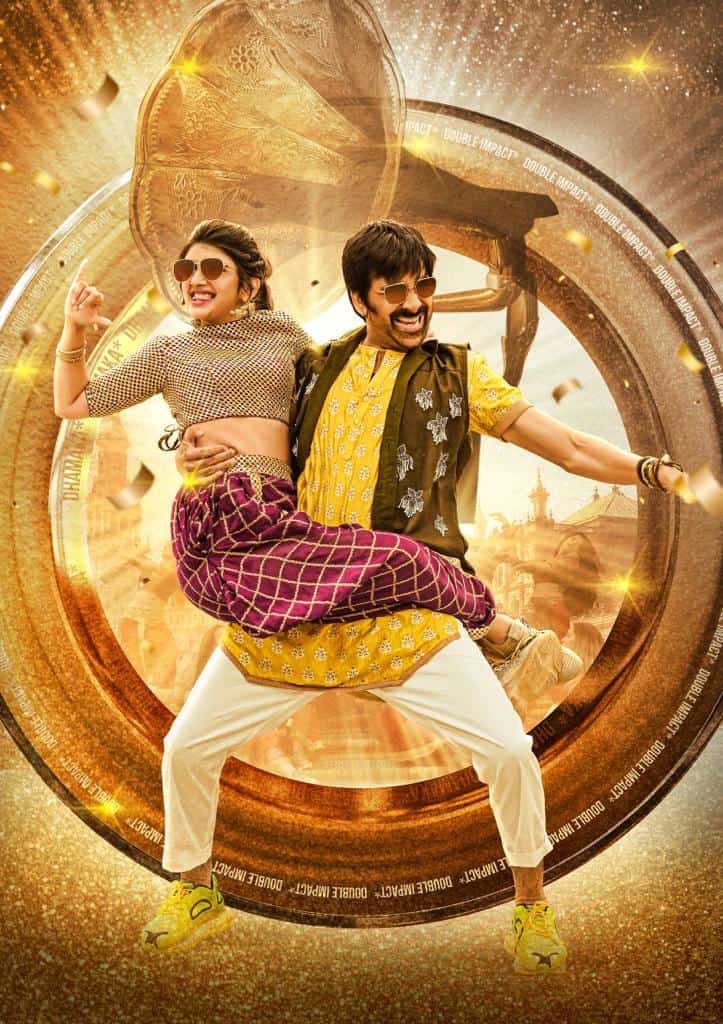 Mass Maharaja Ravi Teja and the very beautiful Sreeleela are very good dancers. It’s going to be a feast for masses to see the mass hero and the pretty lady dance together, that too in a mass number. The lyrical video of first song Jinthaak from Dhamaka will be dropped on 18th of this month. The same has been announced through this amazing poster.

Ravi Teja is seen carrying Sreeleela on his hip and going by the poster, we are going to see some mass-appealing dances in the song. The Jinthaak moment of the lead pair is an eye feast. Sporting traditional getups, Ravi Teja and Sreeleela look good together on screen. The film has music by Bheems Ceciroleo.

Sreeleela is playing a bubbly girl named Pranavi in the movie. Karthik Ghattamaneni is taking care of camera department. TG Vishwa Prasad is bankrolling the project which is nearing completion.