1770 – Another Magnum Opus In Development! 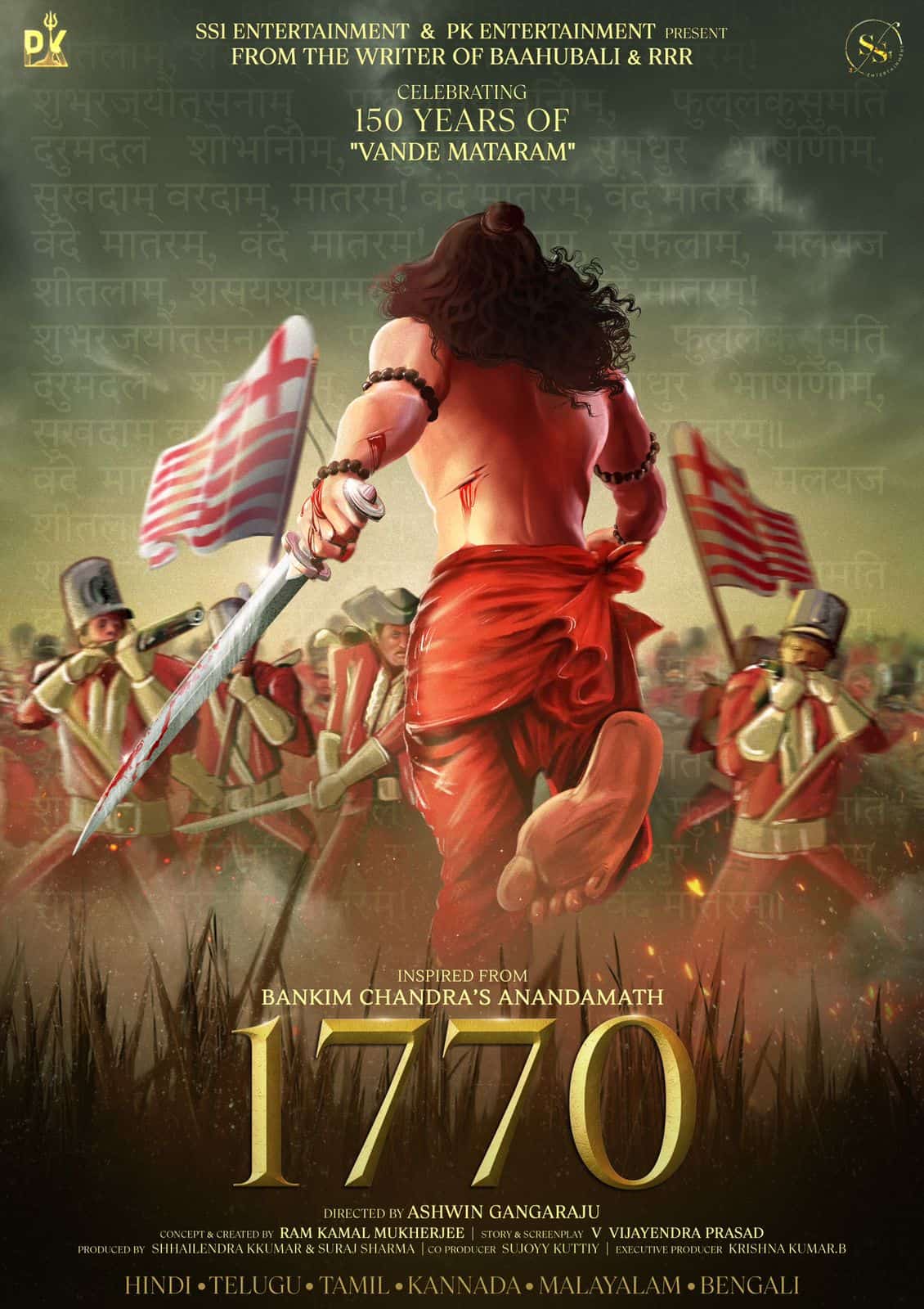 Vande Mataram, from the novel Anandamath by famous Bengali writer Bankinchandra Chatterjee, has been accepted as our National Anthem.

On the 150th anniversary of the song’s composition, producers Shailendra Kumar, Sujay Kutty, Krishna Kumar.B, and Suraj Sharma have unveiled the poster for their Magnum Opus project 1770, a periodic action drama.

This huge budget historical drama is directed by SS Rajamouli protege Ashwin Gangaraju, who wowed everyone with his debut film Aakashavani. The story and screenplay were written by legendary writer V Vijayendra Kumar. Based on Bakinchandra Chatterjeegaru’s novel Anandamath, the film will be made in many languages by SS1 Entertainment and PK Entertainment.

When talking about this project, the maverick team is on cloud nine, and the makers believe that this mammooth will be another spectacular experience.

The team will decide on the full cast and crew before Dusshera and will make a big announcement during Diwali. At the moment, Ashwin and his team are working hard to make this period film stand out. The film will be released simultaneously in six languages: Hindi, Telugu, Tamil, Kannada, Malayalam, and Bengali.