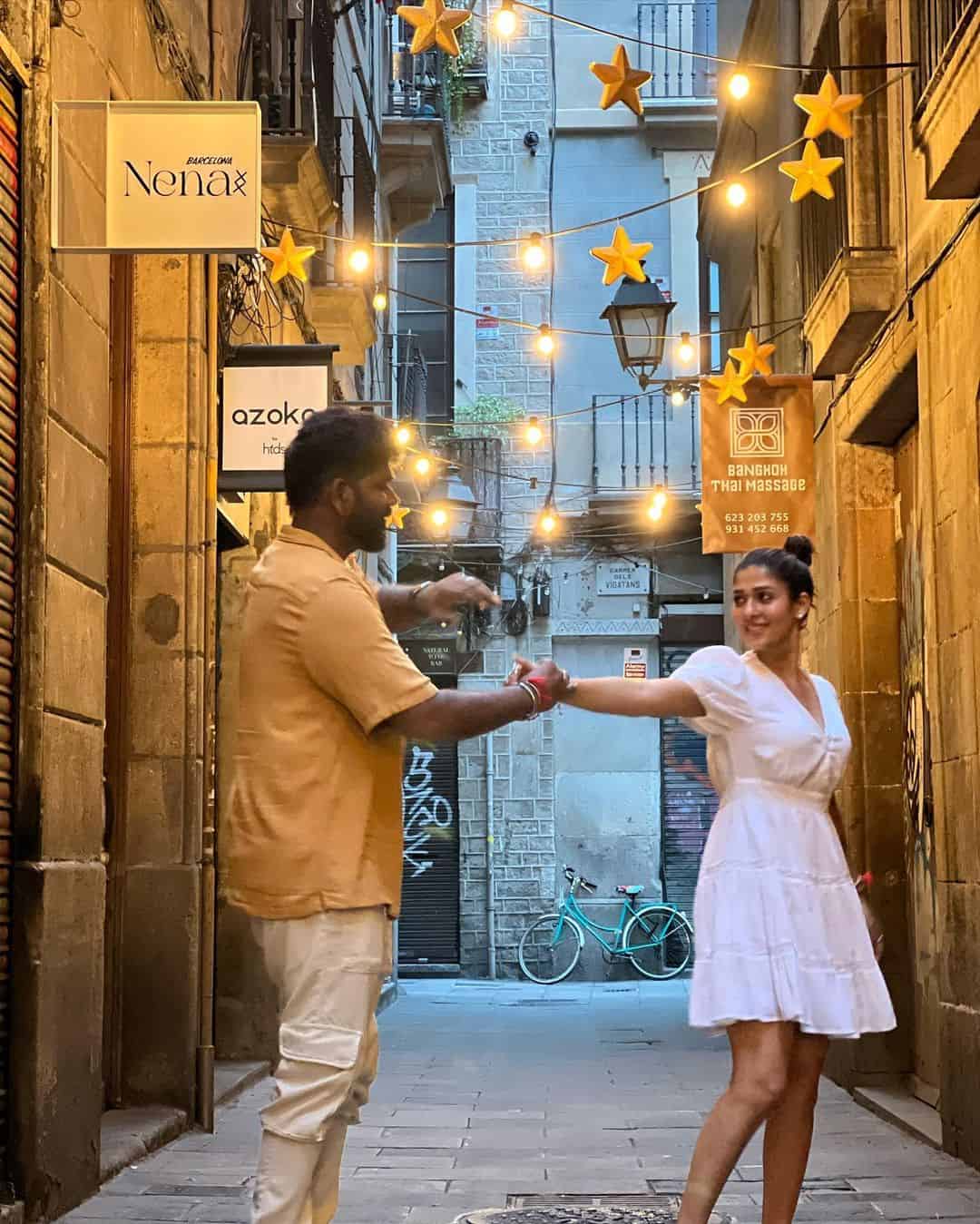 Newly married couple, lady superstar Nayanthara and her husband, director Vignesh Shivan have taken off for their second honeymoon recently after the actress wrapped her work on Shahrukh Khan’s upcoming film Jawan being directed by Atlee. They have landed in Spain to spend quality time.

Sharing some cozy pictures from the streets of Barcelona, Vignesh has showcased how good they are at posing. With Nayan slipping into a short gown like a sexy cinderella and Vignesh dressed in simple shirt and cotton pants, they have done the tango on the streets to impress their fans. Talking about the trip, Vignesh stated that there is no Spain trip for them if there is no pain. “Work hard by taking the pain, and then embark on a Spain trip. Then come back and repeat it” he says, sharing these pictures.

He further said: “This vacay feels much needed after so much of continuous work amidst the pandemic! It feels so different to be out in another country after a long time !! And it’s refreshing and rejuvenating max! Saving a good sum of my money only for traveling, eating, and listening to music around the globe!”.

After wandering around Barcelona for a couple of days, the couple headed to Valencia to relax in the serenity of beaches and parties. And that video Vignesh shared where Nayanthara is basking in the sun by the window seat in a train en route to Valencia, is quite adorable we have to say.