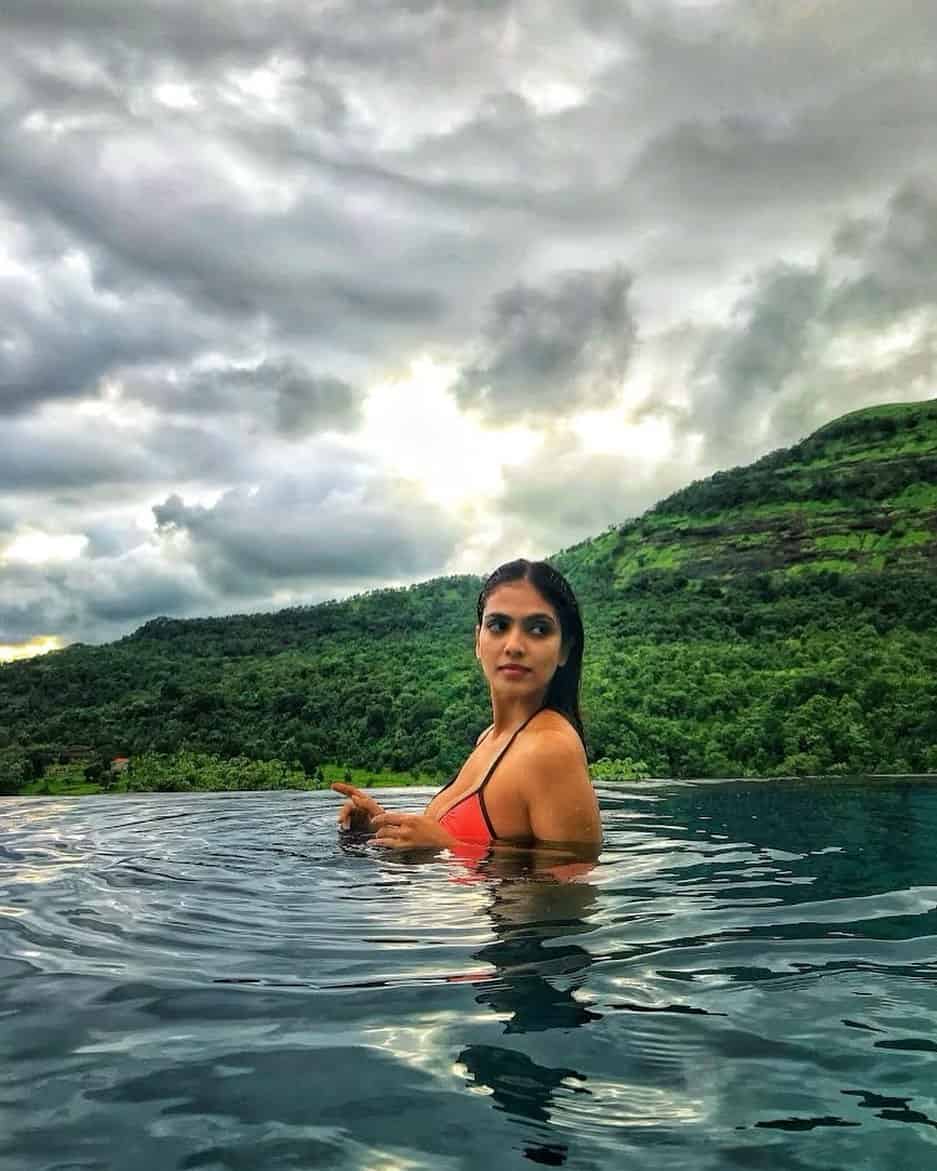 CInemtagrpher Mohanan’s daughter Malavika Mohanan is known for teasing poses, especially those cleavage revealing pictures. She always grabs all the heads while waiting for her big-ticket movie, Vijay’s Master, to release in theatres. And other day, she grabbed eyeballs again.

Flaunting her curves straight from a swimming pool, Malavika has other day treated her fans to another visual bonanza. Posing for the camera from a resort like space near Mumbai, the actress has stunned everyone for sure. After lockdown rules are relaxed, it looks like Malavika is going out with friends and to attend work related meetings as well. But then, when the whole of Mumbai and other parts of India is getting drenched in rain, this hottie is making sure to raise the mercury levels.

On films front, Malavika is looking forward to Master to change her fortunes in south Indian film industries while she’s trying to grab some Bollywood projects as well pretty soon. She was supposed to make her Telugu debut recently but that film got scrapped by makers.