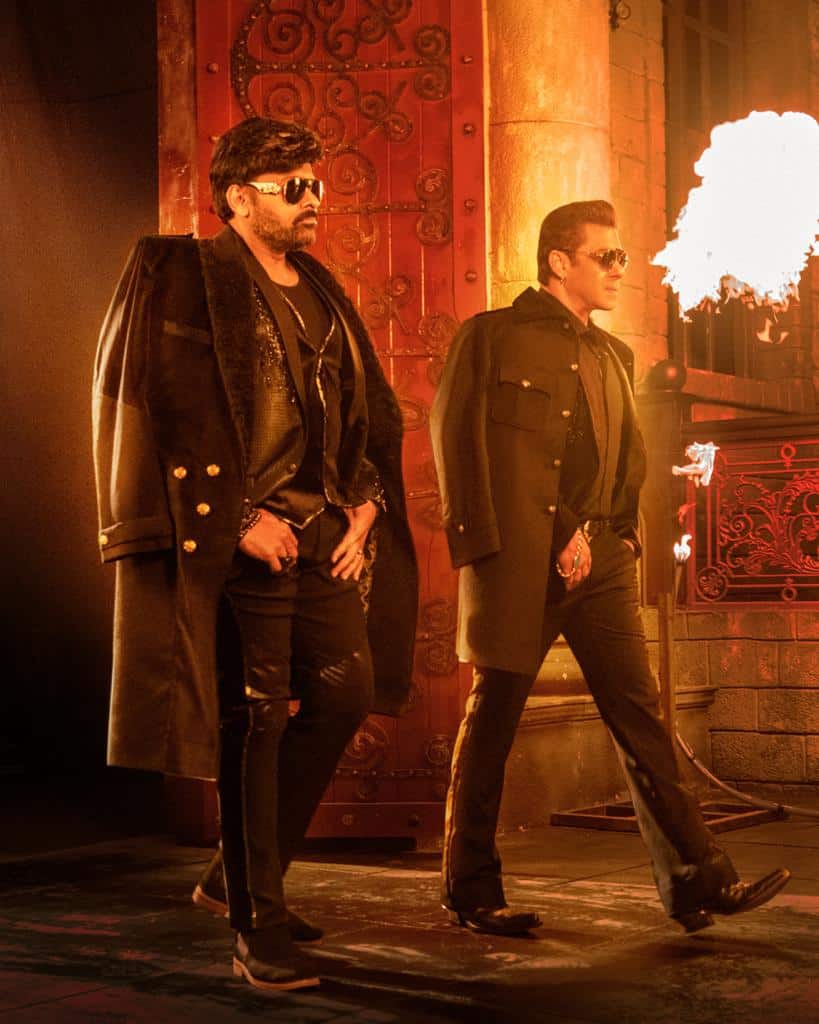 Megastar Chiranjeevi’s action entertainer GodFather under the direction of Mohan Raja will see Bollywood megastar Salman Khan playing a mighty role. Salman Khan will be seen shaking his leg alongside Chiranjeevi in the dance number Thaar Maar Thakkar Maar. The promo of the song became a sensation and audio of the same too got tremendous response. Now, the lyrical video is dropped in Telugu and Hindi.

The peppy number is high on energy and style quotient, which is the trademark of the two megastars- Chiranjeevi and Salman Khan. It’s tough to blink our eyes from start to end because that’s the kind of magic the stars created with their oora mass steps, although they looked class and stylish in all-black suits. There is a line in the song- Fans Ki Pandagay and assuredly Thaar Maar offers feast for fans of both the stars.

Prabhu Deva master who is well aware of the expectations on the song has composed some elegant and mass-appealing dance moves, though we get to see only few moments in the lyrical video. Shreya Ghoshal has crooned the number, whereas Anantha Sriram provided the lyrics.

The film which is an adoption of Malayalam movie Lucifer is being made on large scale. Konidela Productions and Super Good Films produce the movie which is set for release on October 5th.