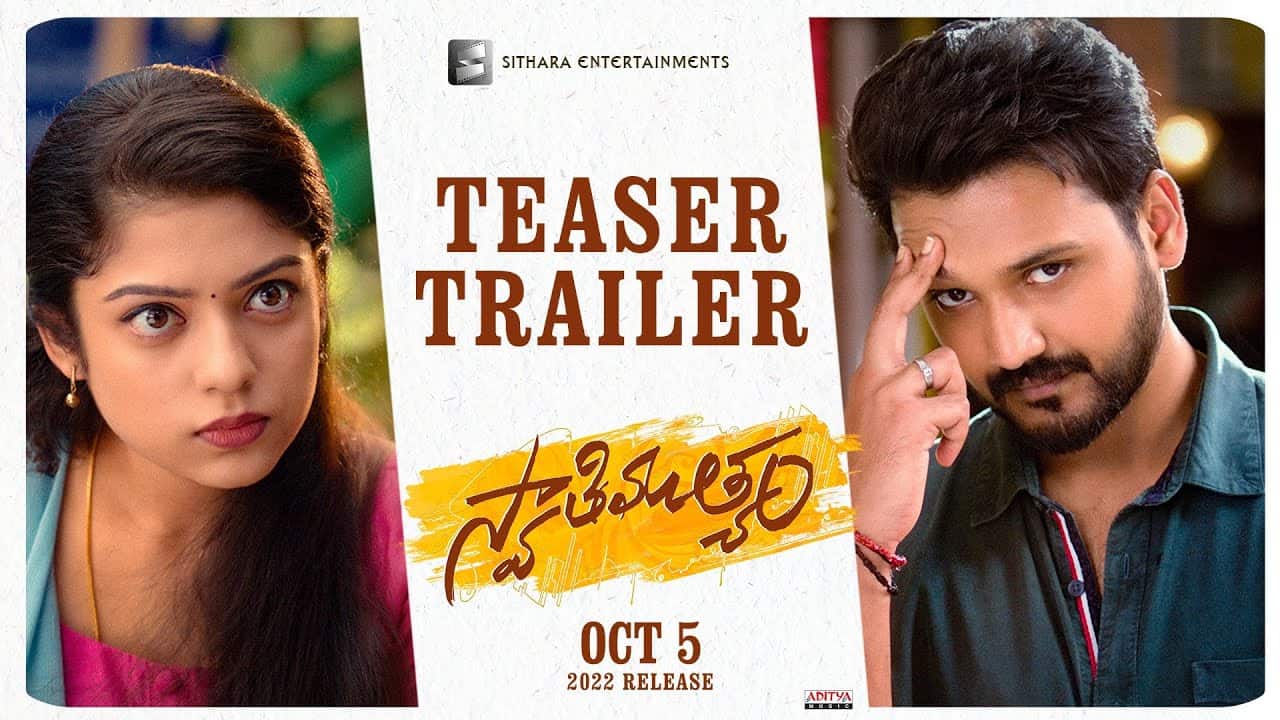 October 5th is going to witness the clash of two biggies – Chiranjeevi’s Godfather and Nagarjuna’s The Ghost. Vishnu Manchu’s Ginna featuring Sunny Leone and Payal Rajput has also announced to release on the same day.

However, another film is also releasing on the same day is Swathimuthyam which happens to be a small-budget film and features relatively unknown hero and heroine i.e Bellamkonda Ganesh and Varsha Bollamma. It is indeed highly risky and gutsy move to have not prominent lead actors and still clash with bigger star films on the same day.

It is learnt that the producers of Swathimuthyam have decided to arrive on the same date despite tough competition from bigger stars and have no plans to shift the date. Producers have taken this gutsy and bold movie to take on big stars head-on.

We have to wait and see whether this film would make it big after its release or not like how a few small-scale films turned out to be bigger ones upon theatrical release. For now, Swathimuthyam is totally in Dasara fray and going to clash with Chiru and Nag.