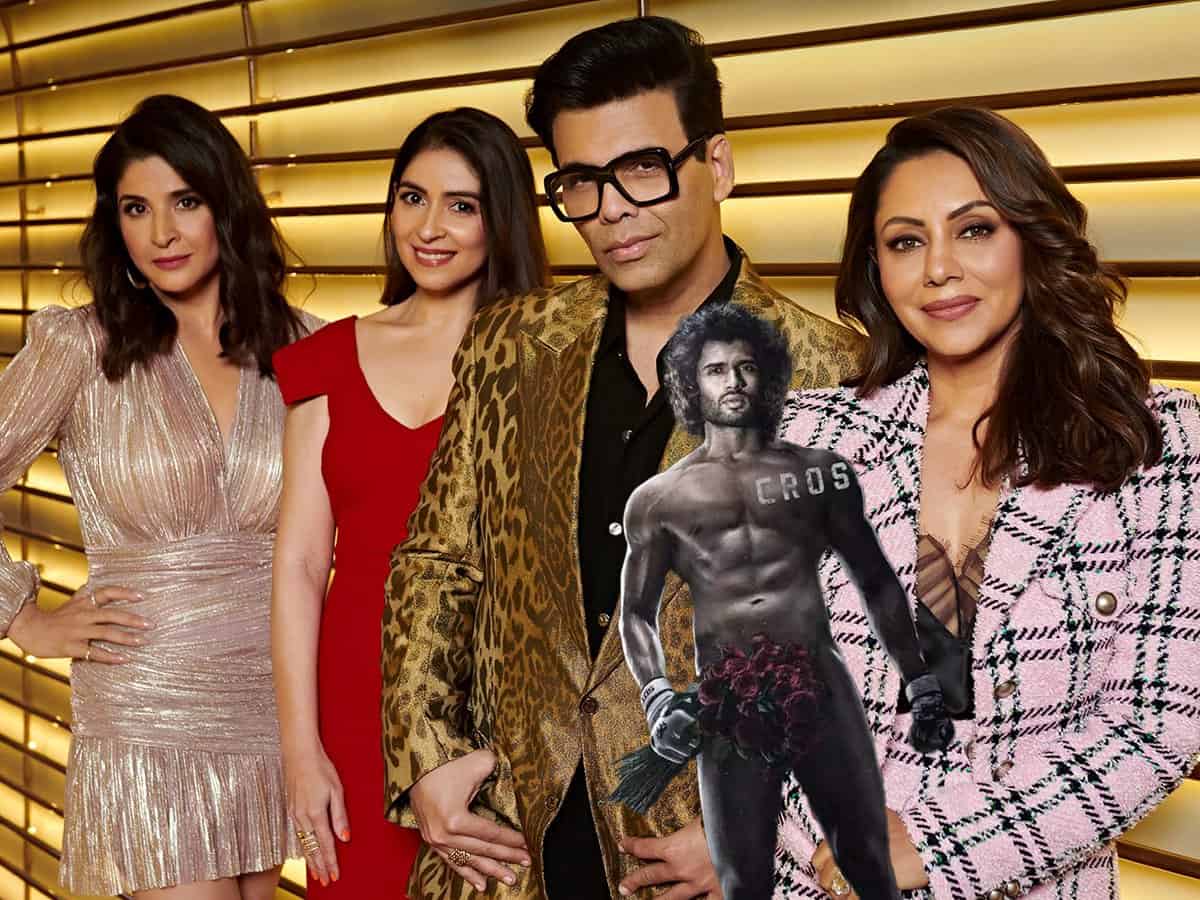 The other day, the 12th episode of “Koffee With Karan” Season 7 got released and it features none other than Shahrukh Khan’s wife Gauri Khan, Sanjay Kapoor’s wife Maheep, and Chunky Panday’s wife Bhavana as the guests. Back then, host Karan Johar used to bring the name of Vijay Devarakonda in almost all the episodes, but after the flop show of “Liger” it sounded like he stopped it. However, it looks like he won’t be stopping it anytime soon.

In this latest episode, while asking the three ladies nicely about the celebrity they would wish for if they get a ‘free pass’, Vijay asked if Bhavana would love to go on a date with Vijay Devarakonda. While the ladies haven’t answered anything about it, and with Gauri Khan feigning ignorance of Vijay, it looks like a section of netizens got shocked.

Karan Johar even brings up Vijay Deverakonda’s recent poster of Liger wherein he covers his private parts with a bouquet of roses. Kjo asks her about picking up all those roses and Bhavana says that would give Ananya a mini heart attack.

Right now we could notice Karan Johar getting trolled on the internet as few fans are asking him why the producer-director would want to ask the awkward questions of dating their daughter’s co-star. Well, that’s what KJo does most of the time, is what even Bollywood folks say!