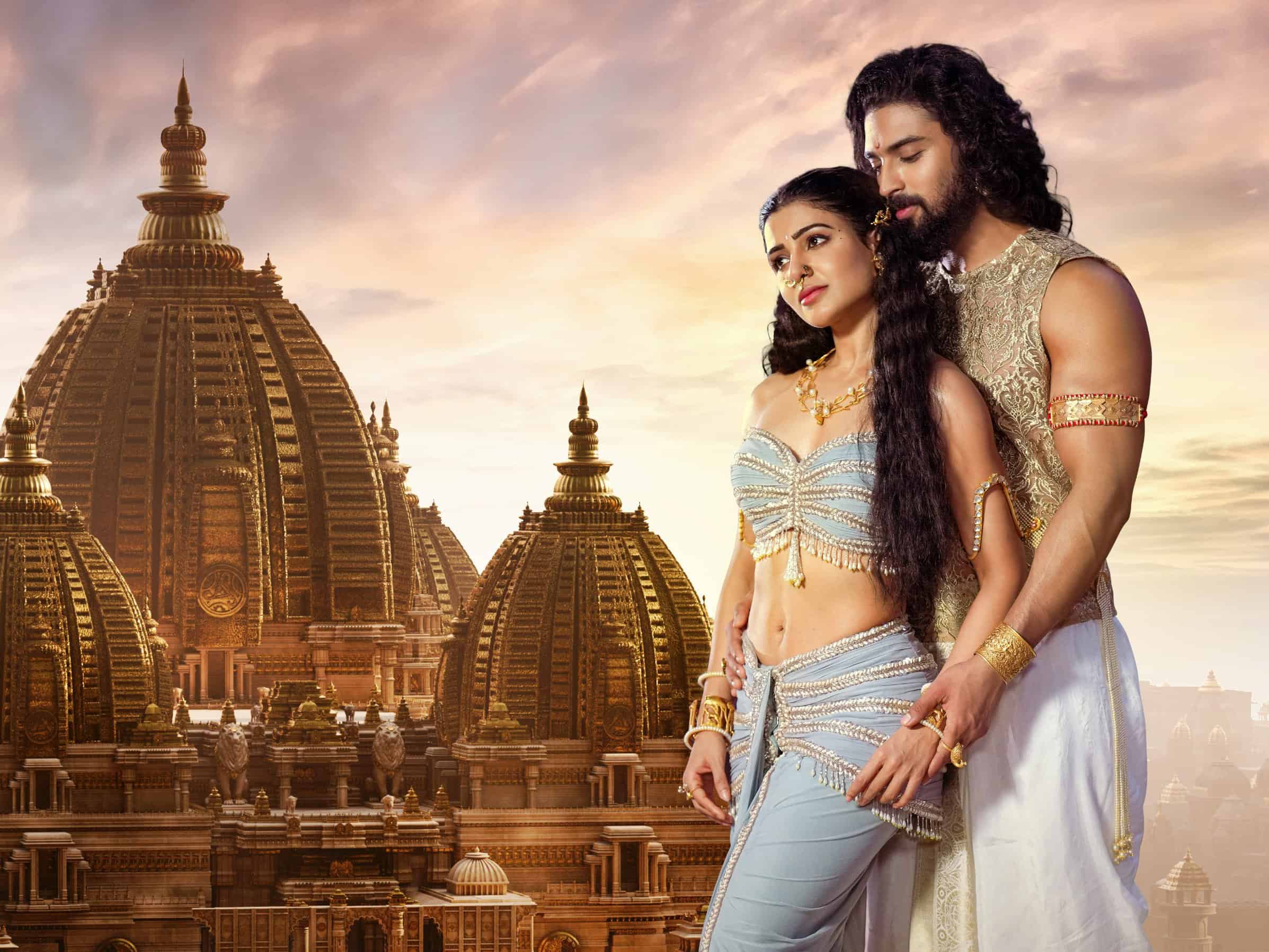 Samantha’s Shaakuntalam completed shooting almost a year back. The movie had not been in news for more than six months since the shooting part is finished. Director Gunasekhar too stayed queit for a while and he recently announced the release date of the movie after releasing two new posters.

The movie team officially announced that Shaakunthalam will be releasing in theaters on November 4. Now they backed off from the date. The new update from Guna Teamworks says, ‘We aim to give a bigger experience with ‘Shaakuntalam’ and immese you in the ‘World of Shaakuntalam’. for which we as a team felt 3D would be a brilliant way. To facilitate this, we would be taking some time to put forth and so, will be unable to meet the earlier announced date of release. We thank the support and love showered upon us, from around the world, hoping for your suppoet in this too! We will be announcing the new release date soon. ‘

It looks like Shaakuntalam team does not have a game plan on the new release date yet. The other day they announced about kickstarting the massive promotions for Shaakuntalam.

The fans of Samantha expressed anguish on these delays, because a new release date may not be possible until summer.