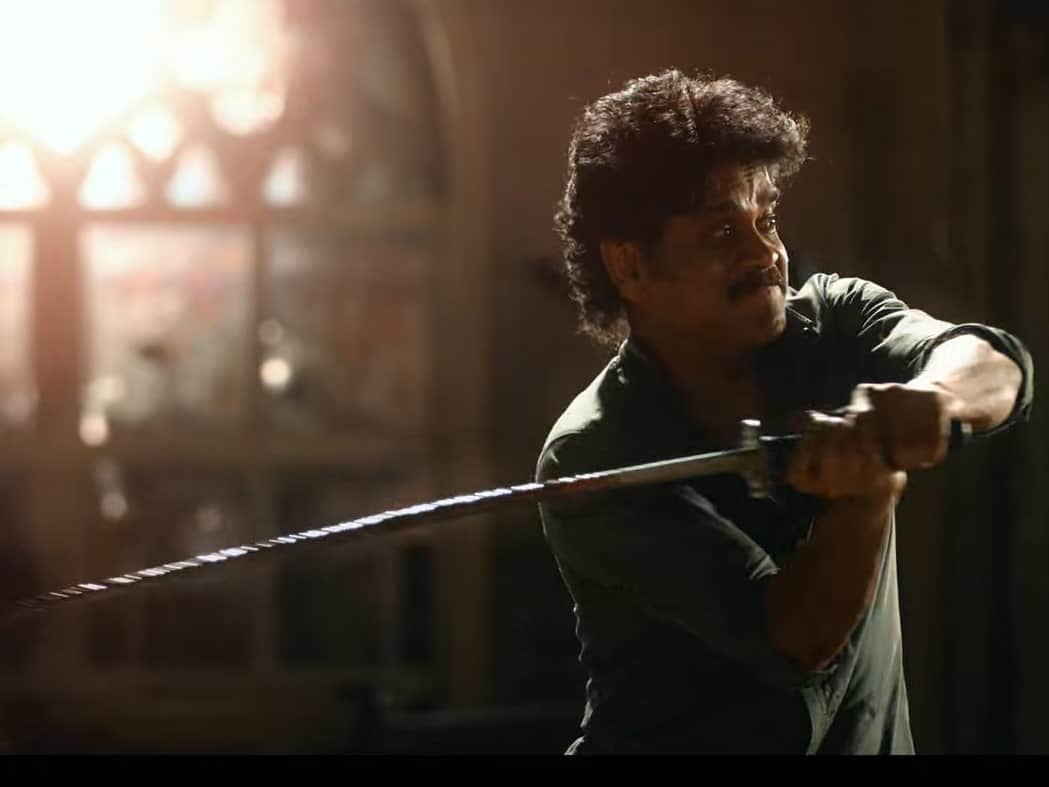 The makers of Nagarjuna starrer The Ghost released the theatrical trailer of the movie bit early. But, that’s not the end of the content promotions. The makers have unveiled the release trailer today, much to the delight of action movie lovers. Yes, the new trailer is high on action.

Besides showing the emotional part and romantic side, the trailer is display of Nagarjuna’s astounding stunts. There is a dialogue uttered by Nagarjuna, “No More Mercy,” and he indeed shows no kindness to the criminals. More than the excitement, he has more worries, when he meets his sister’s family after 20 years, because of the danger they’ve from the underworld.

The content looks promising and Nagarjuna’s action-packed avatar is a treat to watch. Sonal Chauhan gets limited space, though she makes her presence felt with her skin show. The trailer also shows the other prominent cast.

Praveen Sattaru, yet again, shows what he’s capable of. The trailer cut is slick, stylish, and intriguing. The visuals look top-class. The release trailer has further increased prospects on the movie coming for Dasara.