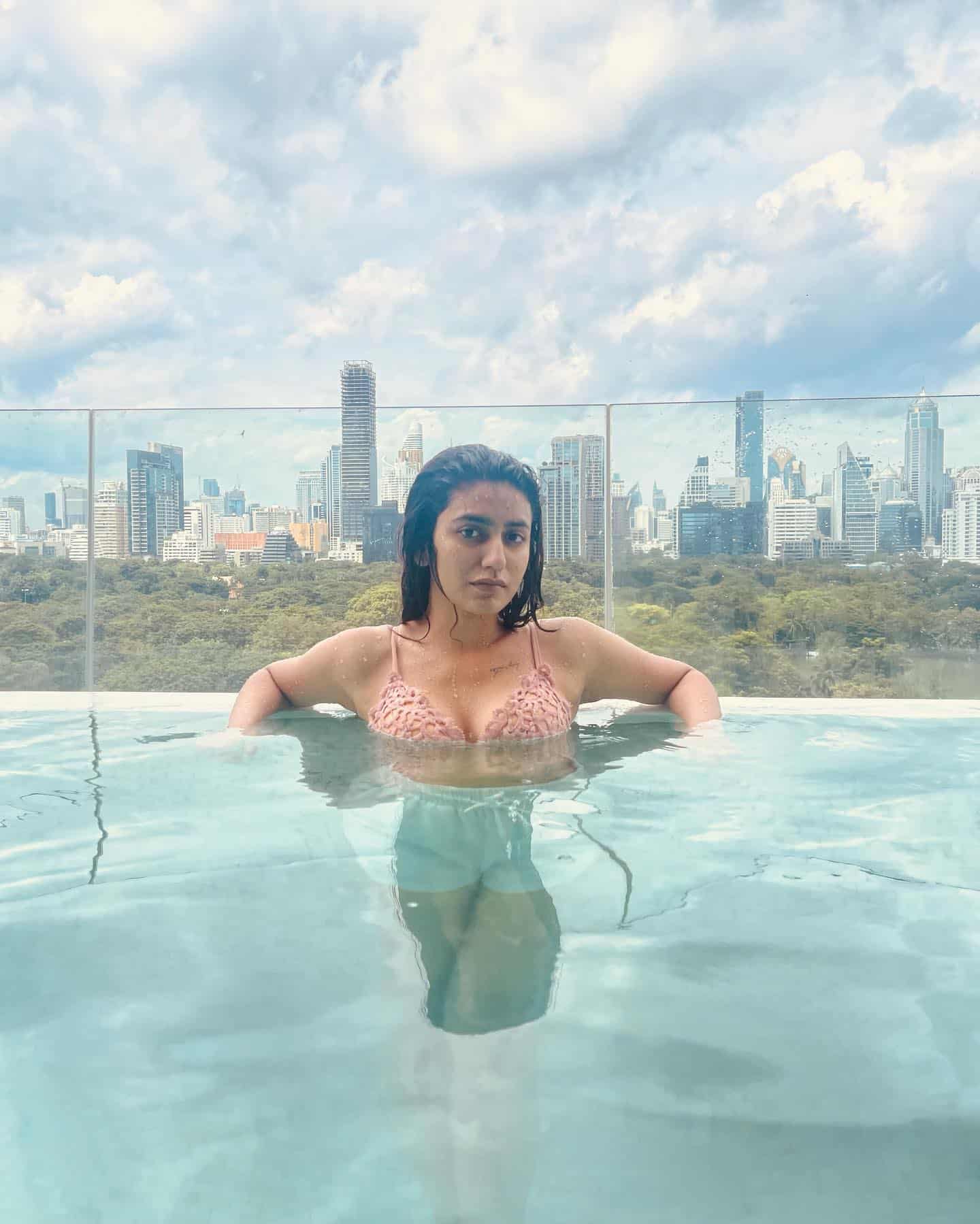 Few hotties usually get superior attention with just one act but most of them fail to live up to all those expectations, and one such beauty is this young Mallu girl Priya Prakash Varrier. Never she would have expected that one viral video where she just winks at a guy will go so viral that she amassed almost 7 million+ followers on Instagram in a short period of time.

Though Priya Prakash tried to become a top star of sorts, somehow her poor acting skills in the movies she was offered so far haven’t worked out in her favour. However, the hottie could be seen spilling loads of glamour these days on her Instagram page. Making the best use of her Thailand trip, she has now slipped into a bikini top and a white short as she relaxed and posed from the sky pool of her hotel in Bangkok. No doubt, she’s super sizzling but compared to the hotness quotient the likes of Mouni Roy and others exude from the Maldives, this dose is nothing.

Previously she sizzled to her best in the photographs taken from her luxury hotel room in Mumbai. Hope all these glamorous treats will be resulting in more offers for the Mallu girl in Tollywood as well. As she is out to Phuket tour now, we could expect more of that bikini storm now.