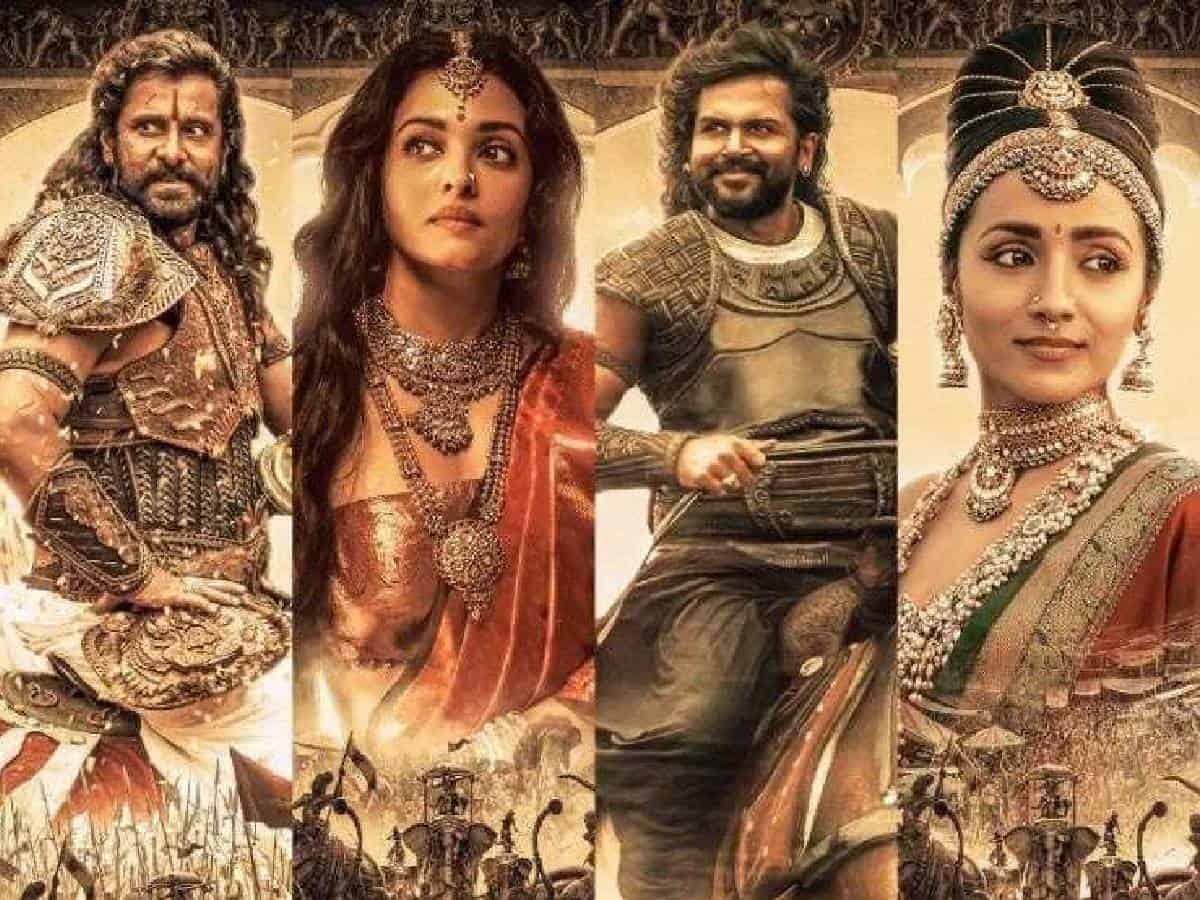 The film “Ponniyan Selvan 1” has evoked average reviews from both Telugu critics as well as the audience, but then, it looks like the Dasara Holidays season is hugely working in favour of the movie. With the producers of the film claiming that this magnum opus carved by Maniratnam has clocked ₹230 crores gross already from the worldwide box office, here’s how it is doing at the Telugu box office.

According to trade circuits, the Telugu version of Ponniyan Selvan 1 featuring Vikram, Aishwarya Rai, Karthi, Trisha and Jayam Ravi has collected nearly ₹7.5+ crore share from the Telugu box office. As the holiday season started last Saturday itself for most of the schools and colleges, the film witness huge footfalls in theatres despite word of the mouth that the film is an average farer.

In Tamil Nadu the film is on a rampage as the first weekend collections are at par with the likes of Vijay’s Beast for the first weekend. Owing to the Dasara holidays and the top star casting, surely the BO will be further interesting and appealing in Kollywood, while Telugu states might also help out the film a bit.

On the other hand, Maniratnam and his cast including Aish, Trisha, Karthi and Jayam Ravi are still promoting the film in Tamilnadu as they watched the movie other day together at Satyam Cinemas, Chennai. We have to see how this big budgeted film will go at the Box office.