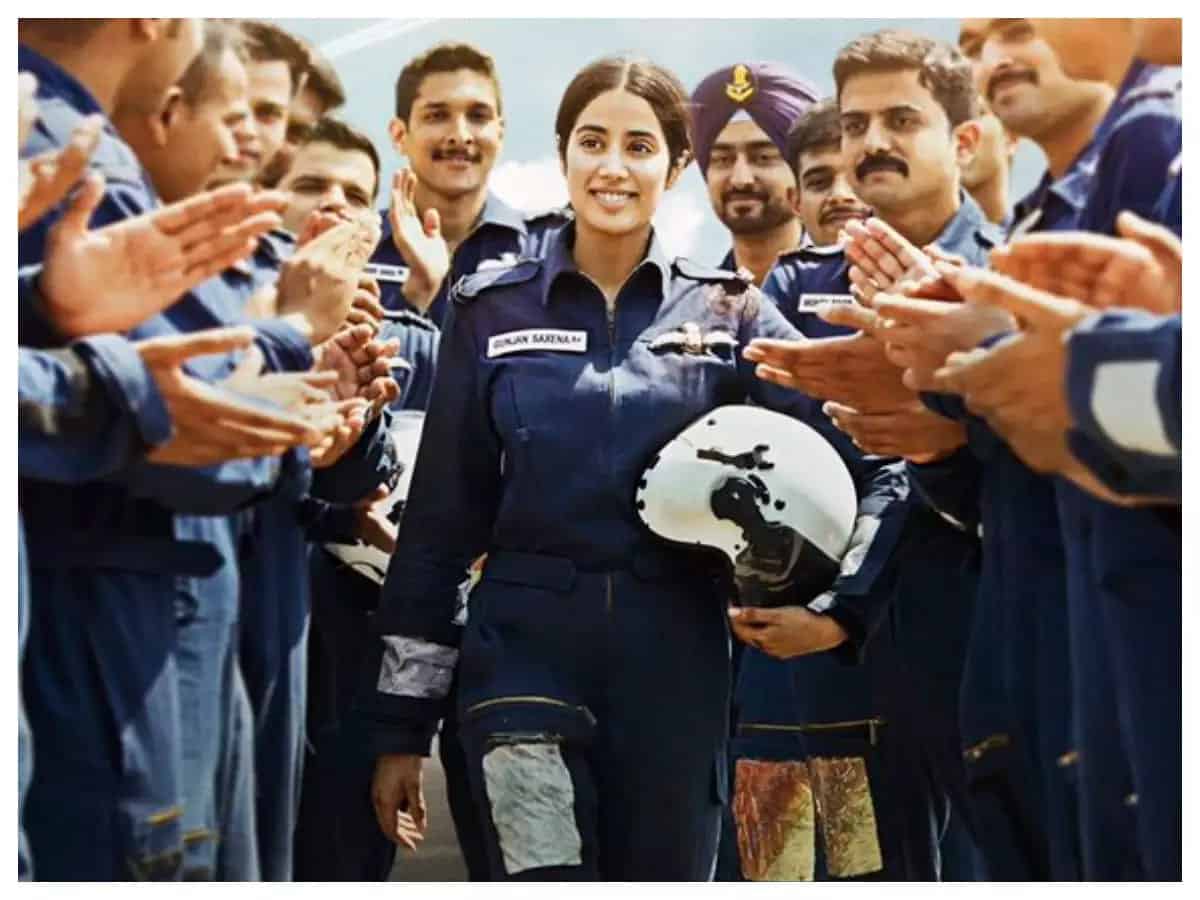 Apart from being labeled as a film from a nepotic actor, Gunjan Saxena is now facing heat from a completely different controversy. It is already known that Janhvi Kapoor’s Gunjan Saxena garnered great reviews from film critics but the ongoing ‘nepotism’ chaos after Sushant’s death made more than half of the audience rule it out as a bad film.

In a recent update, Flight Lieutenant Srividya Rajan, a course-mate at Udhampur Airforce base with Gunjan Saxena declared that she was the first woman to fly to Kargil but not Gunjan. She also rubbished the arm-wrestling scenes as false and they never happened. Srividya says the movie Gunjan Saxena has twisted facts.

Srividya writes that Gunjan Saxena has demeaned our Airforce and is sending out a wrong message about the lady officers of IAF.

As always, Kangana Ranaut jumped into this controversy demanding the government to take back Karan Johar’s Padmashri award as she alleges he openly intimidated her and asked her to leave the industry on an international platform, conspired to sabotage Sushant’s career, and he supported Pakistan during Uri battle and now an antinational film (Gunjan Saxena) against our army.