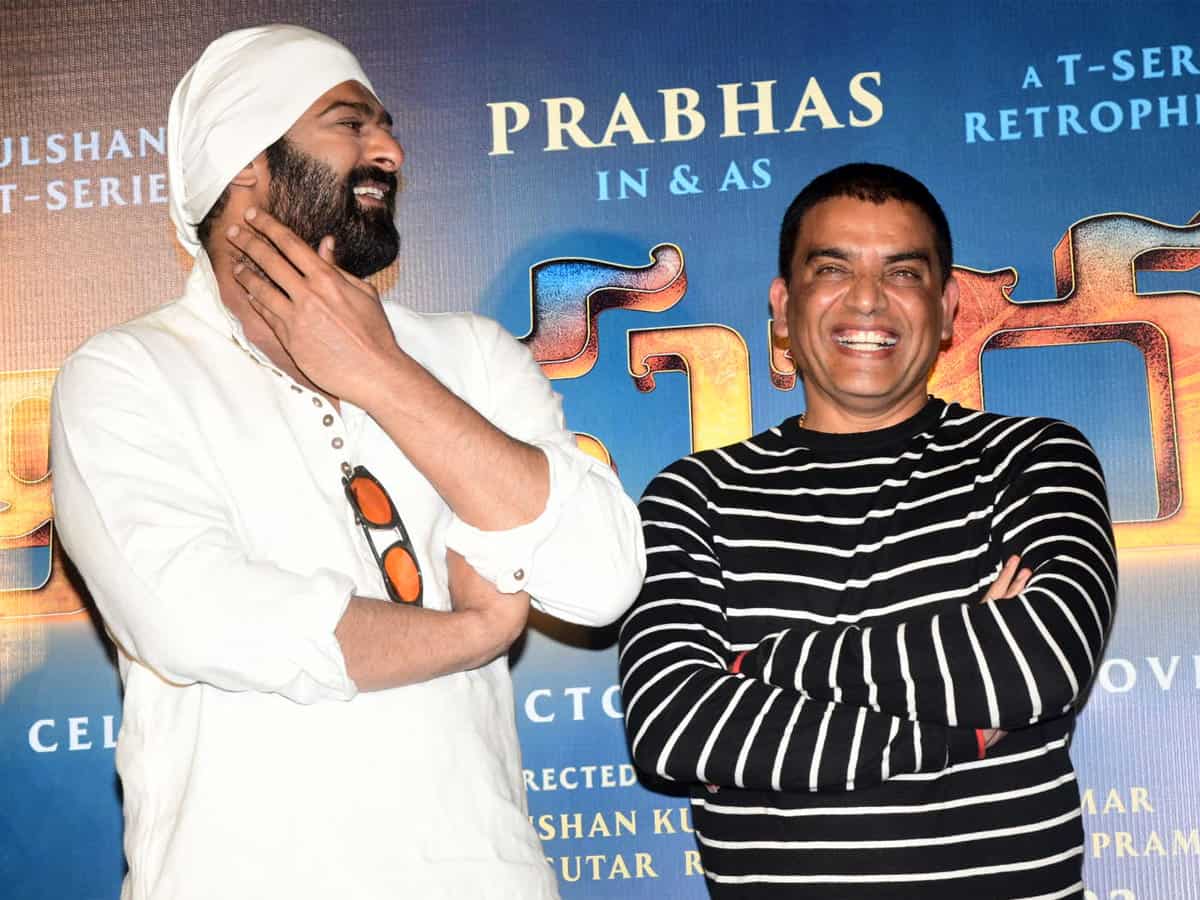 What all the trollers have done is they have questioned the quality of the visual effects of the film, however, everyone from director Om Raut to distributor Dil Raju, is blaming the trollers big time. While speaking at the 3D version teaser screening of “Adipurush” today, Raju revealed some interesting things and made some spicy comments.

“There will be a different viewing experience when you watch something on a mobile phone to that of 65 inches TV to 3D silver screen. After watching Adipurush teaser on mobile phones, some people might have felt that the teaser is not up to mark, but the film is going to be brilliant as I could feel it after watching the 3D version teaser” said Dil Raju, backing the same version said by director Om Raut other day.

Furthermore, on the criticism, Dil Raju added, “When Baahubali 1 released, there are some trollers who have replaced the Shivalingam on Prabhas shoulder on the posters, and kept a Zandu Balm there, saying that the film is boring. But we know what happened later, and that day also I told Prabhas that he should sleep happily as the film will become an epic blockbuster. The same repeats with Adipurush now”.

Saying that he is a fan of director Om Raut as well after watching his film ‘Tanhaji’, Dil Raju exuded huge confidence in Adipurush. We have to see how the audience will react to Raju’s explanation and how the visuals of the Prabhas starrer are going to enthrall them in theatres with those mediocre visual effects.