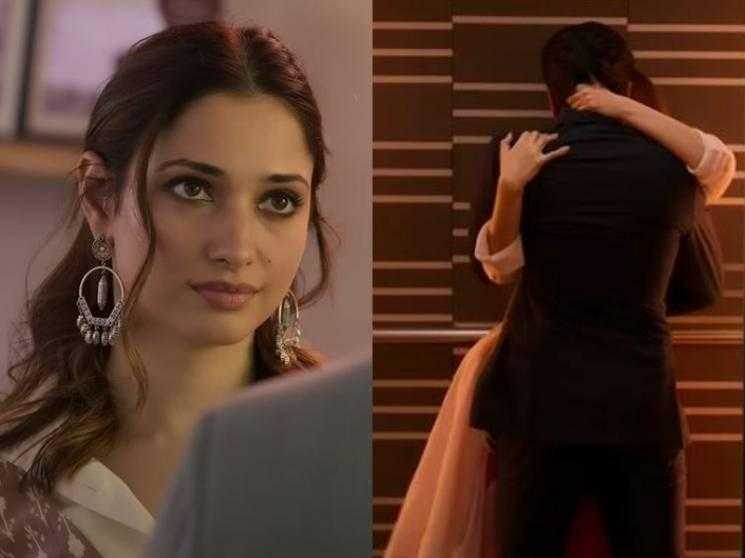 Milky siren Tamannaah Bhati has got so many lifts in the film industry thanks to her acting prowess as well as her alluring charms. At a time when everyone thought that her career was finished way back in 2014, Rajamouli gave her Baahubail and that extended her career by almost a decade. To extend it further, she’s now exploring the OTT space too.

When it was announced that she is doing the Netflix original film “Plan A Plan B” opposite Ritesh Deshmukh, everyone expected that she will be sizzling in some steamy sequences including lip kissing and others. However, in this film, she has actually come up with a lengthy kiss sequence, but that is full of cheating shots only.

Already with Gen Z audience used to watching deep french kissing scenes on Netflix especially, these fake shots don’t create much impact in the first place. On the other hand, with the film’s storyline also a little uninteresting, surely the plan is not working for the milky siren right now.

Regarding the kissing shots, some say that Ritesh Deshmukh isn’t comfortable doing the kissing scenes as his wife Genelia won’t feel happy about it, and hence they faked it this way. Tamannaah has done pecks on the lips hero couple of times, but even that is avoided in this Netflix original movie.

Well, kissing scenes alone won’t save films, but then, if they want to do it, they have to do it right to reach the targeted audience. Isn’t it?