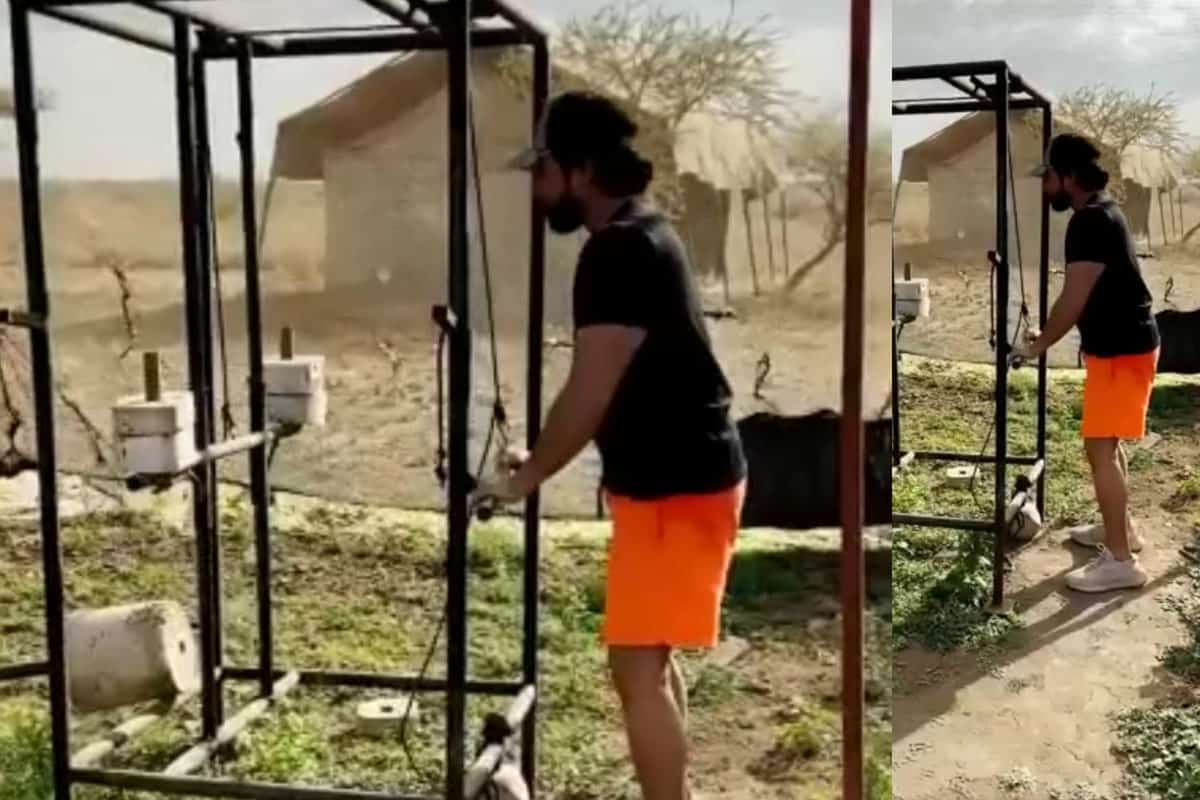 While Mega hero Ram Charan went on a vacation to Tanzania recently along with his wife Upasana Kamineni, the hero hasn’t kept his workout regimen aside. Today he shared a video where he’s pumping iron with the locals to stay fit for the upcoming schedule of #RC15 that will be shot in New Zealand.

Sharing a video from his recent trip, Charan showcased how he has worked out at a local gym where there is no sophisticated and high-end equipment, but only basic machines that are built from the scratch.

From dumbbells made of stones (and wood) to that leg press machine that is nothing but two iron bars, and a hand press machine that is a combination of rope and pulley, that’s the poor man’s gym that has equipment resembling the standard ones we see in our gyms. Charan made use of the equipment and kicked them hard to be in shape.

Also, the Magadheera star took to the rugged terrains of Tanzania for quick running and also played football with the locals quite dedicatedly. Looks like he has focused both on cardio and strength training during the mornings. Right now Ram Charan is in the best of his shape as he sculpted a six-pack look for the role of Rama Raju in Rajamouli’s RRR.