I Imagine Myself When I Watch Films Like Dhamki: Balayya 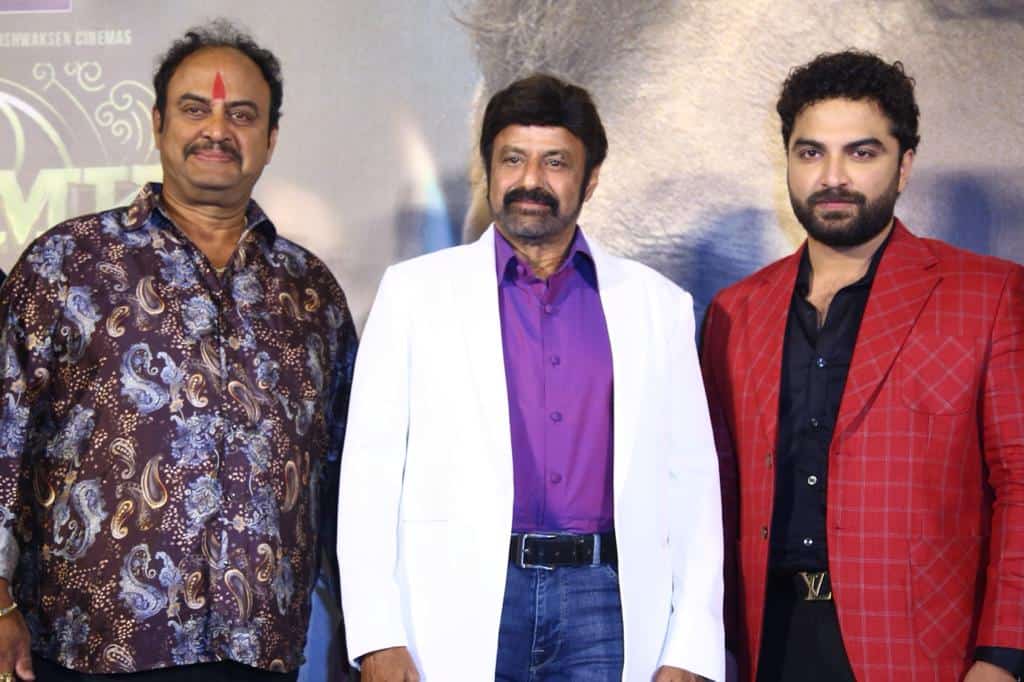 While speaking at the event, Vishwak Sen said, “Balakrishna garu calls me bro, whenever I make a phone call to him. My friends were shocked to hear Balakrishna garu calling me bro. He is a very sweet person. Coming to Dhamki, it’s my second directorial. I made Falaknuma Das with my hard earnings and I also took loans from my friends. I’m solid now and we made this movie without compromising on budget. I would have done 2-3 films in a year. But I put all my efforts into this film. You all will like the film.”

Balakrishna said, “My best wishes to Vishwak and the team. The trailer looks very interesting and it’s a feast for the eyes. I don’t get it how Vishwak balances so many things. He is very passionate about films. Many trolled me on social media when I said there’s a difference between passion for cinema and mad for cinema.

Vishwak Sen did many good films like Hit, Falaknuma Das, Ori Devuda and now he is coming up with Dhamki. He is the director, producer, and hero. It’s rare to see young heroes handling different crafts. I imagine myself when I watch these kinds of films. I indeed want to attempt different things.

Das Ka Dhamki is not a movie to be watched at home. We can see the grandness in the trailer. I too wanted to direct, but my film Narthanasala got shelved. Due to some reasons, I didn’t make another attempt to direct a film. However, I’m planning to do Aditya 999 next year. My heartfelt wishes to the whole team of Das Ka Dhamki.”