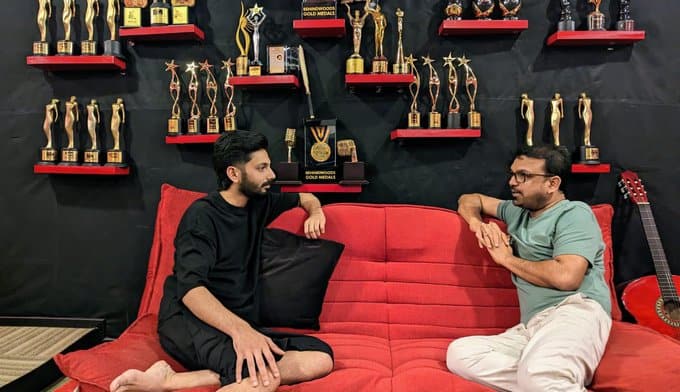 At a time when there are no updates about #NTR30 and fans are worried about what is really going on with this movie, the makers are trying to give some titbits that will make them happy. It’s the turn of star composer Anirudh now, to excite the RRR superstar Jr NTR’s fans.

Recently the makers released a picture of director Koratala Siva talking to his cinematographer and art director, through which the team of #NTR30 stated that pre-production work is going in a full swing. And now, Anirudh has shared a picture in which he could be seen discussing with Koratala Siva, which is indicating that the music sittings of #NTR30 are going on.

Taking to his Twitter account, Anirudh shared this picture, as he wrote, “This is going to be special”, giving excitement to fans that a foot-tapping and thumping album is going to come out. Earlier, rumours suggested that #NTR30 is tentatively titled “Devara”, but there is no official confirmation about it.