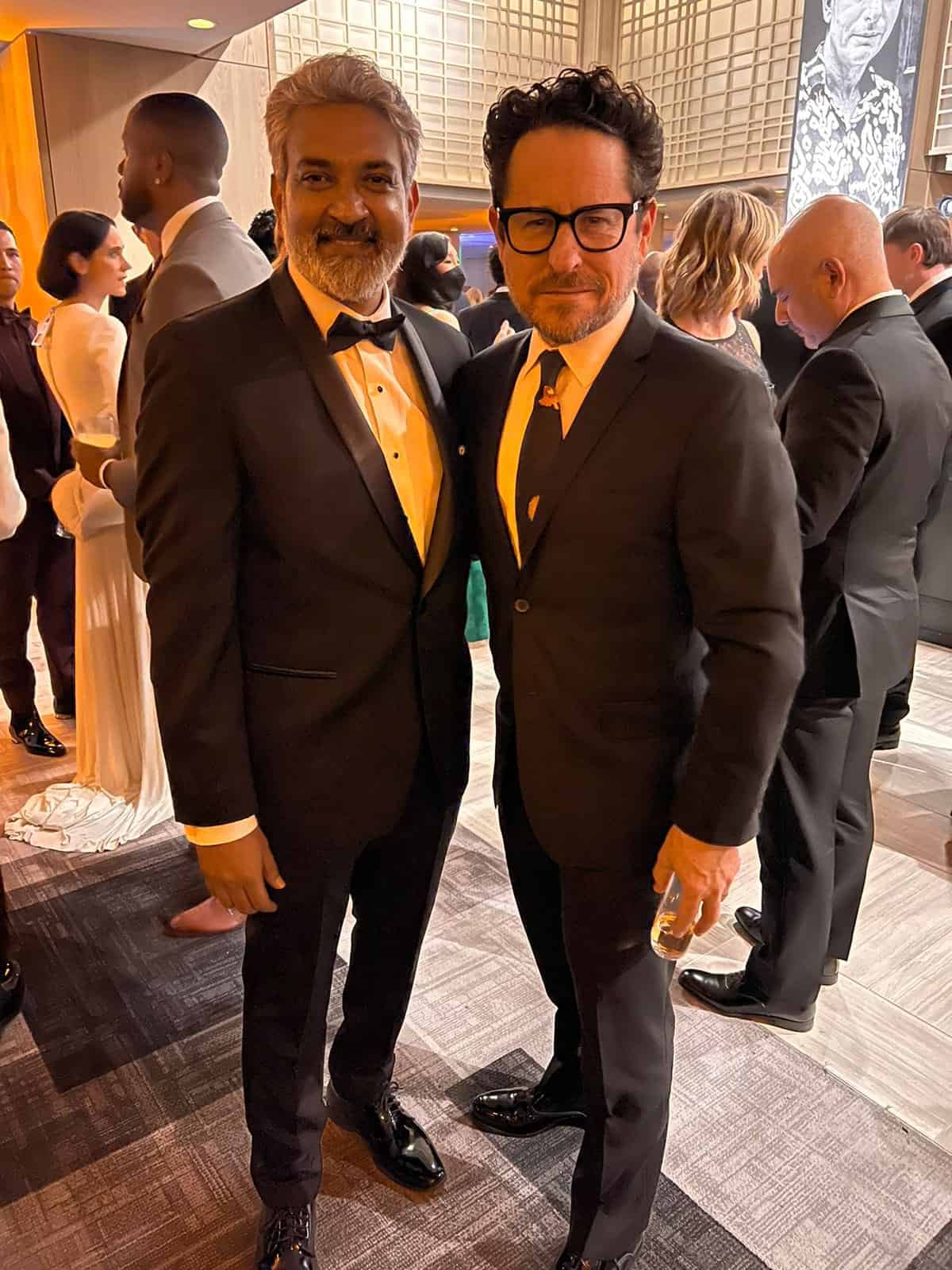 From many Hollywood screenwriters to actors, have publicly acknowledged that they are huge fans of the global blockbuster “RRR”. Directed by legendary filmmaker SS Rajamouli, this film became a rage and a phenomenon, when it was released on Netflix and more of the American audience, hailed it for its brilliant portrayal of action sequences and emotional quotient set in pre-independent India backdrop.

Right now, writer and director JJ Abrams who made his directorial debut with Mission Impossible III but got acclaimed for directing the two Star Wars movies, Star Wars: The Force Awakens and Star Wars: The Rise Of Skywalker, is said to have become a huge fan of RRR movie. Not only Abrams is a huge fan of RRR, but he also met director Rajamouli at the Governors Awards event other day in the USA. This awards event is held to confer the awards given by The Academy’s Board of governors.

As the two strikes for a pose at the event, the team of RRR released the picture to the public, announcing that JJ Abrams joined the list of Hollywood celebrities who have hailed RRR as the greatest movie of all time. With the Governors Awards event seeing Rajamouli present, it is now giving hope that the film might get nominated for Oscar at least in one category.