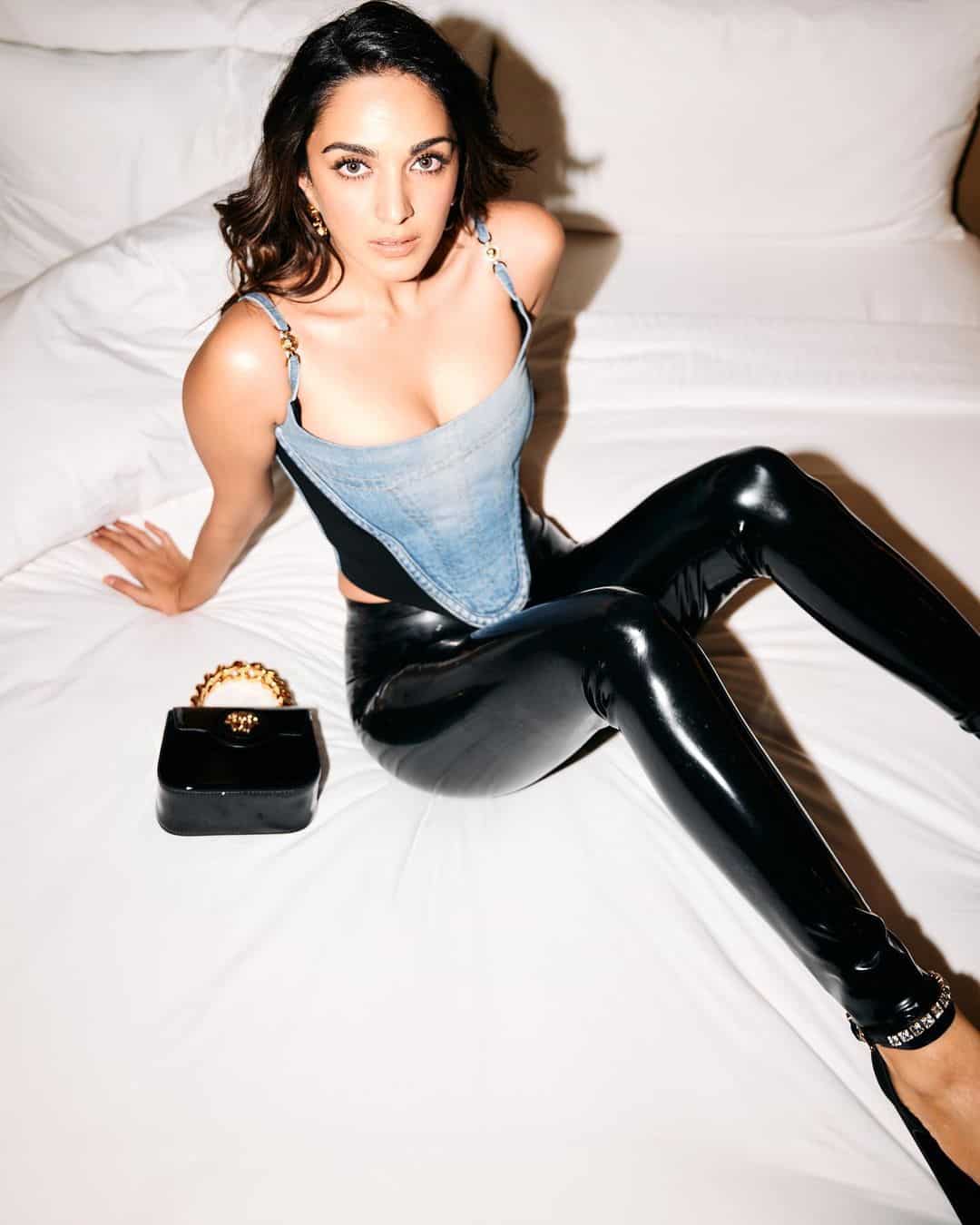 Bollywood beauty Kiara Advani appeared in Shershaah and Bhool Bhulaiayyaa 2, two big hit films in the last two years. But the actress appeared in more traditional attire in those films, including her look in Jug Jugg Jeeyo. It looks like she is getting back to super glam for her next and here are the hints.

Kiara Advani dropped a dump of pictures in a stunning look for Versace. Kiara looked all alluring in her black faux patent leather leggings and a revealing top with a denim design on it. She captioned the pictures with “got me a Versace La Medusa “ flaunting off her Versace bag.

Govinda Naam Mera is her upcoming film where she will be seen with Vicky Kaushal and Bhumi Pednekar. Vicky Kaushal in the lead role as a broke background dancer, Govinda and his wife Gauri played by Bhumi Pednekar. Gauri is cheating on him with her boyfriend and will divorce Govinda only if he pays her 2 crore rupees. Meanwhile, Kiara Advani plays Govinda’s girlfriend Suku.

Govinda Naam Mera will be released on the OTT platform on December 16.