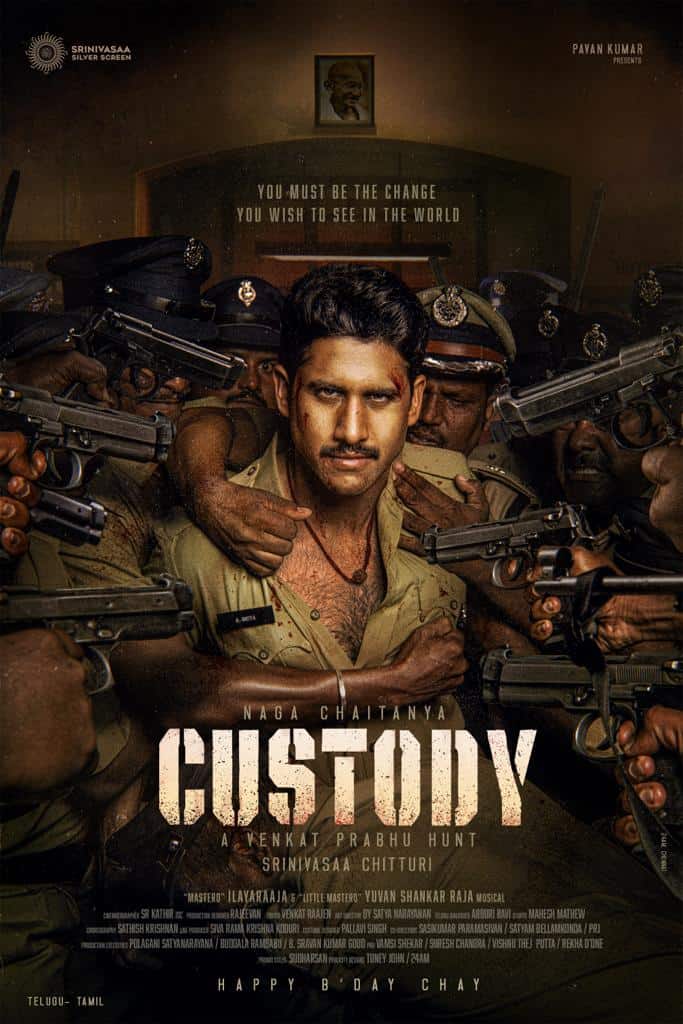 Akkineni Naga Chaitanya is presently starring in a bilingual under the direction of Venkat Prabhu with Krithi Shetty playing the female lead. Srinivasaa Chitturi is bankrolling this bilingual under Srinivasaa Silver Screen banner, while Pavan Kumar presents it. The makers stunned everyone with the pre-look.

The makers continued the coolest Naga Chaitanya’s massive birthday celebrations today by revealing the film’s striking first look and powerful title. Venkat Prabhu presented Chay in an entirely new avatar that is both impressive and exciting.

The tagline for Custody is ‘A Venkat Prabhu Hunt.’ In the film, Naga Chaitanya will be seen as a police officer “A.Shiva.” It appears that he fights against his own department, despite many setbacks.

Arvind Swami is playing the antagonist role while Priyamani will be seen in a powerful role in the movie that has music by Maestro Ilaiyaraaja and Yuvan Shankar Raja.