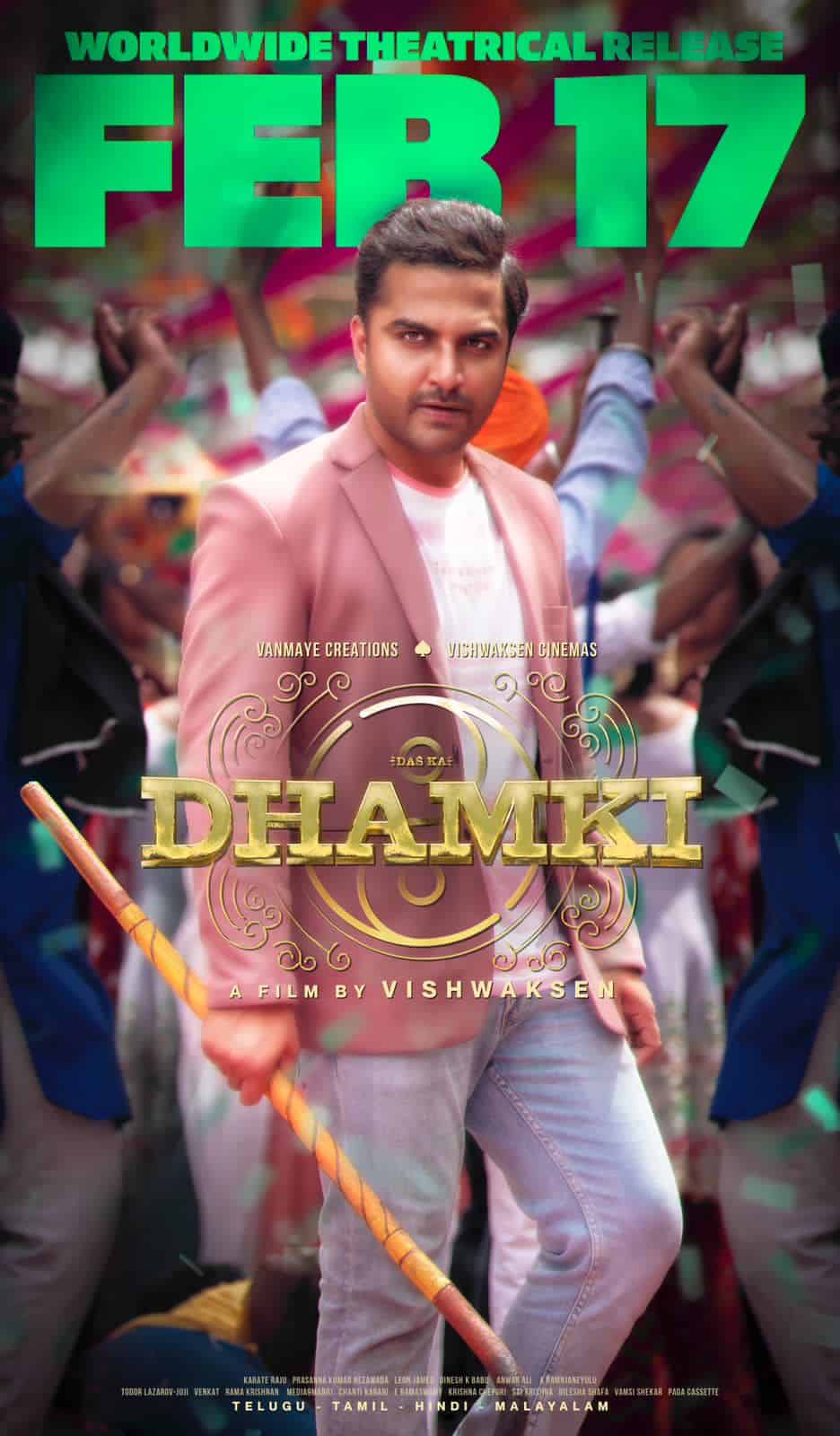 Young hero Vishwak Sen is directing his next outing Das Ka Dhamki and this is his second movie as a director. What’s more, he is also planning to release the movie at the Pan India level in all southern states and in Hindi. It is known that Das Ka Dhamki is coming in February. The makers chose Valentine’s week for the film’s theatrical arrival.

Das Ka Dhamki will be hitting the big screens on February 17th. On the same day, Dhanush and Venky Atluri’s bilingual film Sir is also hitting the marque. While Das Ka Dhamki is a hilarious action thriller, Sir is a coming-of-age action drama.

Vishwak plays a dual role as an entrepreneur and a waiter in the movie. The trailer 1.0 of the movie increased inquisitiveness. Nivetha Pethuraj will be seen as the heroine opposite Vishwak Sen in the movie.

Vanmaye Creations and Vishwaksen Cinemas are producing the movie for which music is by Leon James.