Boss In Lungi: Then & Now The Same Kick! 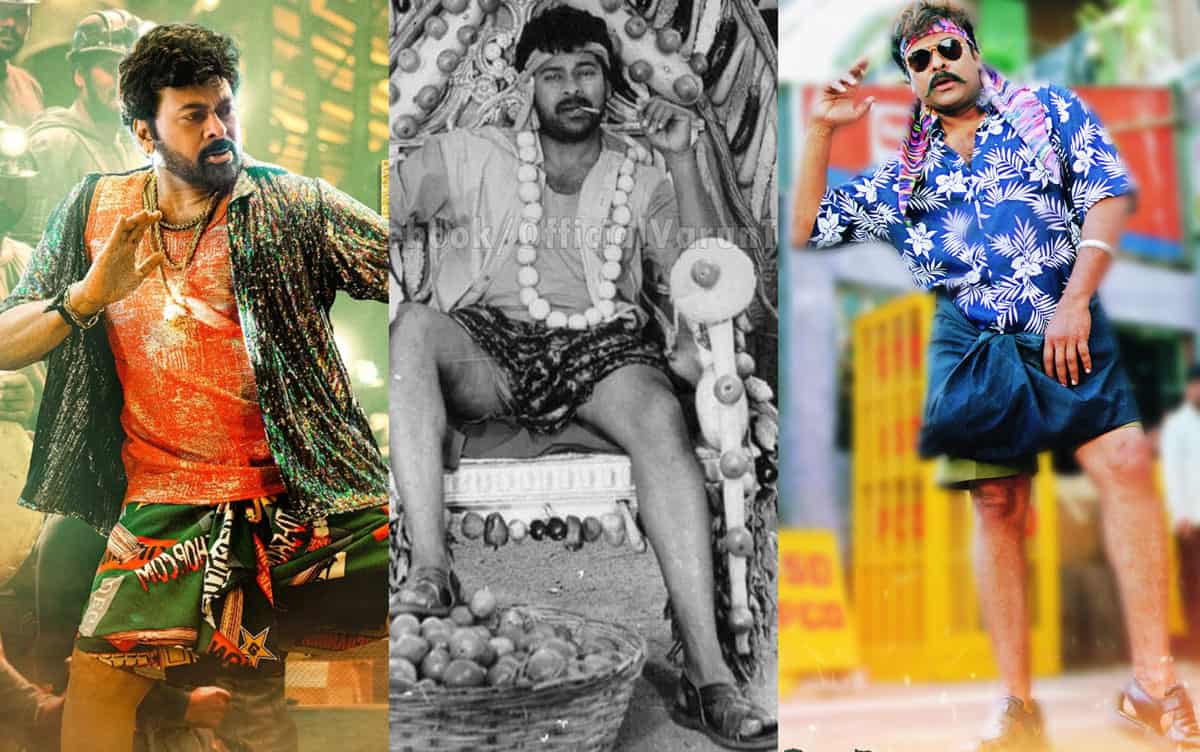 Finally, the much awaited “Boss Party” song of Megastar Chiranjeevi from Waltair Veerayya got unveiled other day and got mixed reactions from movie lovers. Of course, such reactions are quite common for Devi Sri Prasad’s compositions and Chiranjeevi’s songs, but eventually, they turn out to be chartbusters. And the major discussion going on right now is about the mass look of this Mega Boss.

Apparently some feel that the simple look of Megastar in an unbuttoned shirt, vest, and a lungi over nicker, from old movies like Mutamestri is too menacing. And there are those who feel that his Waltair Veerayya look is quite massy and appealing. Whatever they say, Megastar is rocking then and rocking more now, if we have to say. While his costumes looked pretty natural then, now there is a lot of shine and shimmer, in tune with the present trend.

Coming to the song, the makers haven’t revealed much of the visuals in the full lyrical video that was released. They say that their couple of choreography moves in the song are going to stun the audience in theatres. At the same time, another look of Urvashi Rautela in a differently styled saree will also make the glamour lovers feel the mercury rise when the full song comes out, they say.