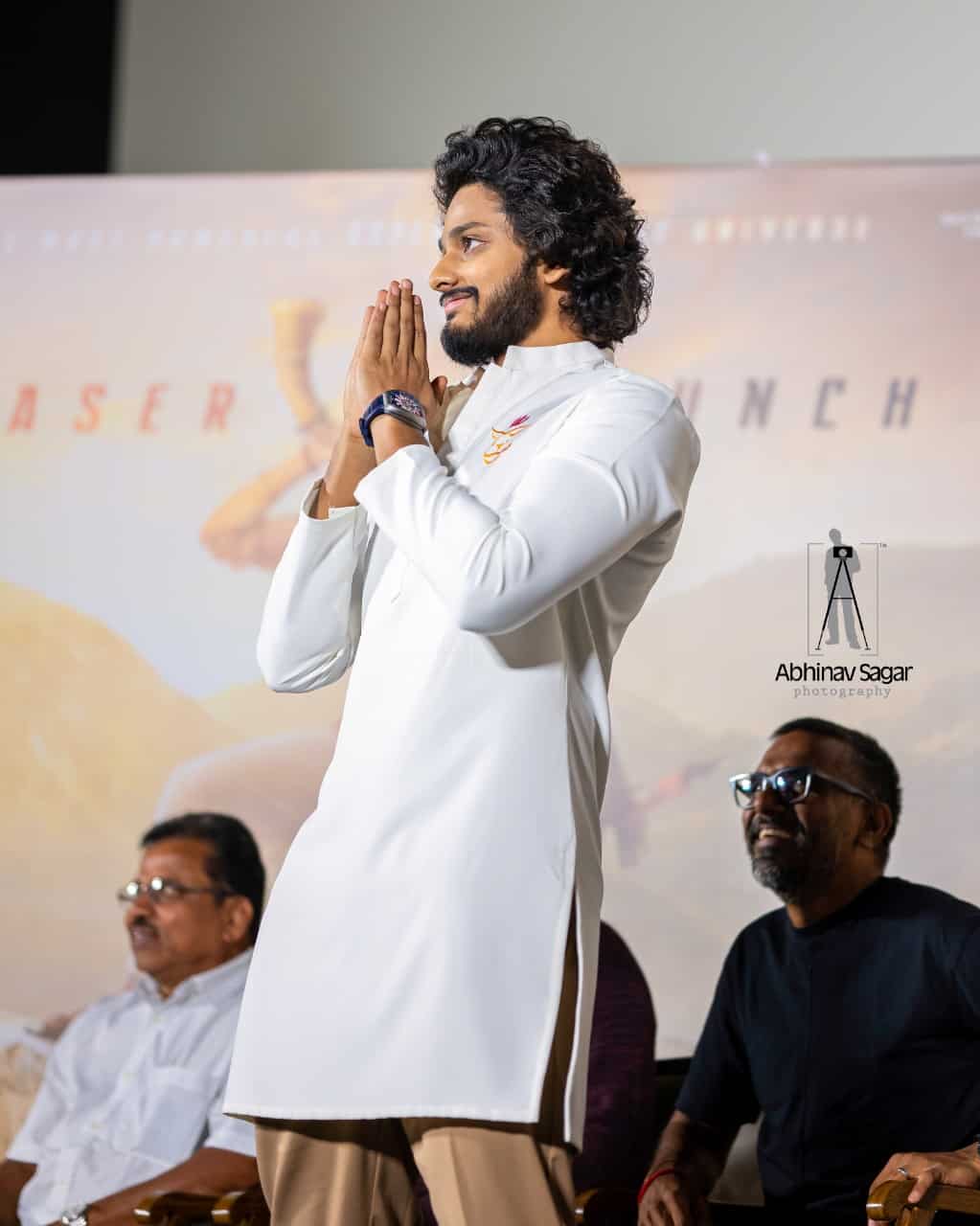 Young hero Teja Sajja who scored his first commercial hit with Zombie Reddy will next be seen in a Pan India film Hanu-Man directed by Prashanth Varma.

The film’s teaser was released recently and it went viral on the internet. Teja Sajja looked appropriate as an underdog who gets all the superpowers of Lord Hanu-Man.

It’s once in a lifetime kind of opportunity to get such a role and film, so the actor gave his best. He didn’t even sign any other project, to dedicate all his time till the release. He underwent a remarkable transformation and performed some breath-taking stunts.

Even after delivering such a stunning performance, Teja was so humble during the teaser launch event. He said that it was a divine intervention for him to get the film.

Teja mentioned that he started his career doing a character role in Oh Baby before he got his first break as a hero with Zombie Reddy which shows his humble nature.

Netizens are appreciating Teja Sajja for the same reason and he’s on cloud nine with all the responses for the teaser.

Even before the release of his first Pan India film, he got Pan India recognition with the teaser.