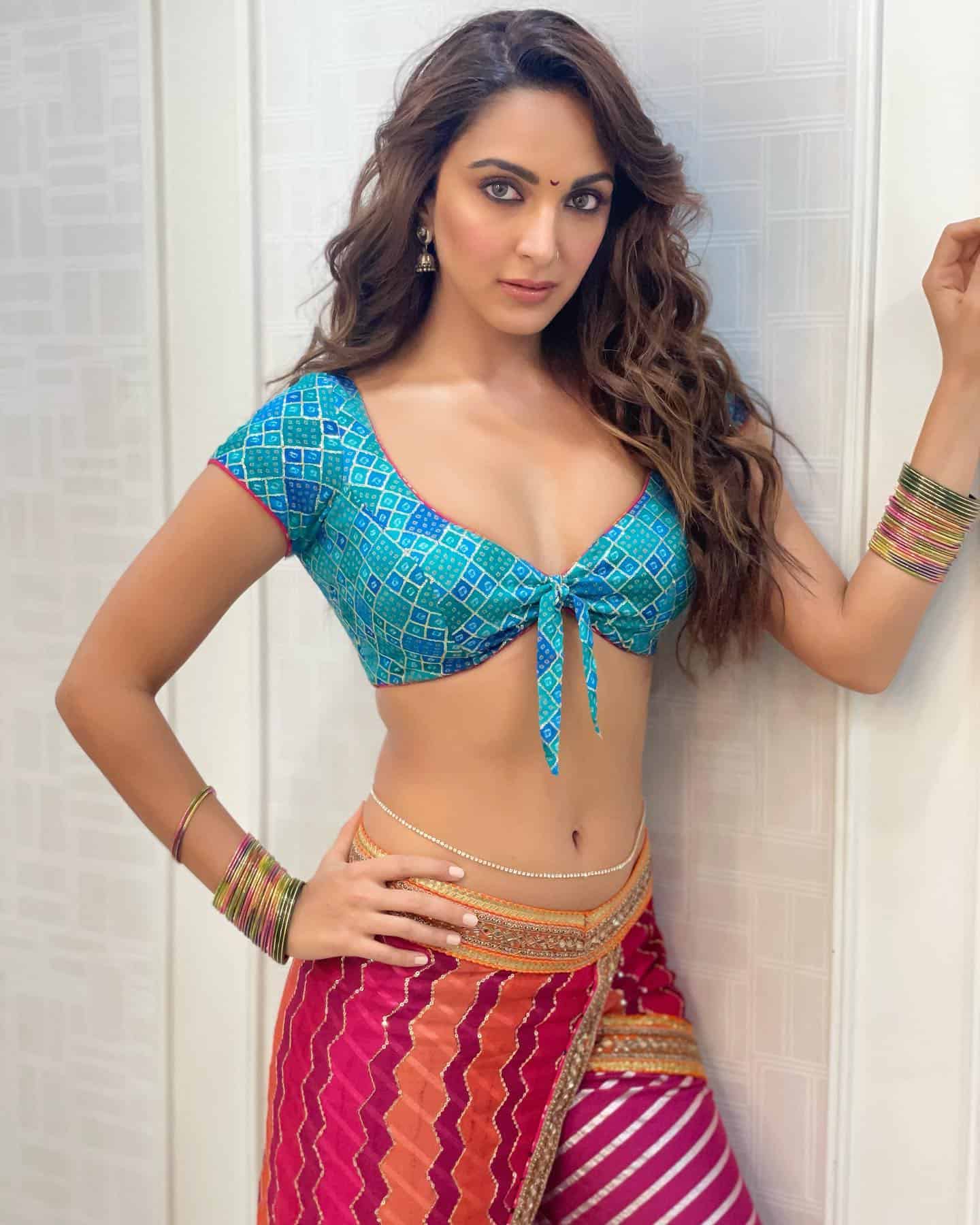 Kiara Advani is one of the star heroines in the Indian cinema industry. The actress is currently busy with the promotions of her new film Govinda Naam Mera. Vicky Kaushal was also a part of the film. The team released their first dance track, titled Bijli and it is electrifying.

A picture from the video has come out which Kiara shared on her Instagram profile. She looks like a diva in the picture.

Wearing a colourful printed outfit, the actress looked spectacular in a bright aqua tie-up blouse with the striped dhoti. She has managed to pull off a traditional yet trendy twist to her picture.

On the work front, Kiara Advani will next be seen in RC15 for which the shoot is currently taking place in New Zealand. She is also acting in Satyaprem Ki Katha.