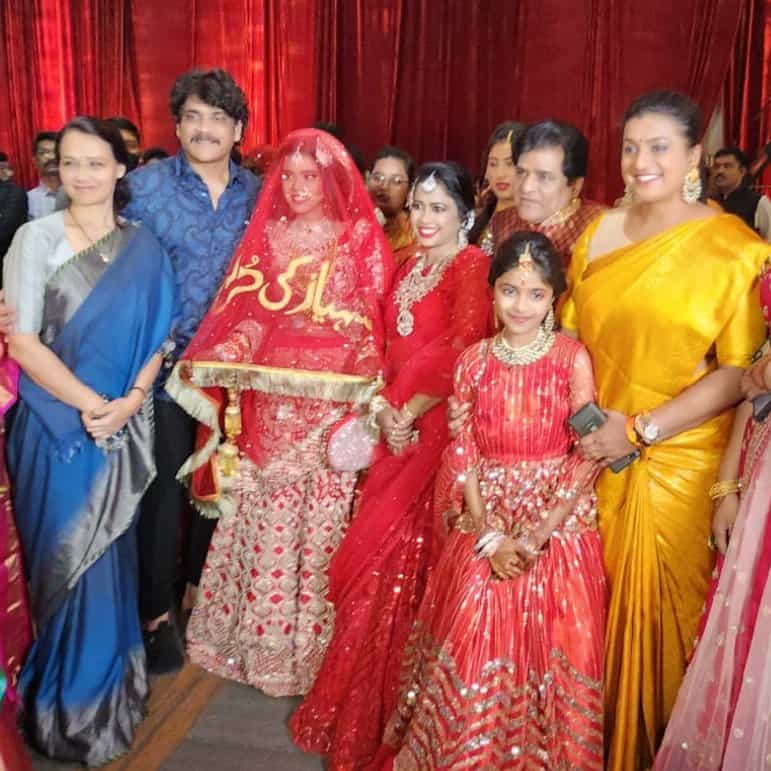 Comedian Ali’s daughter Fathima Rameezun’s wedding was held last night in Hyderabad’s Shamshabad. The wedding was attended by some prominent personalities in Tollywood and also from political fraternity.

Since Ali belongs to YSRCP and was recently appointed as the AP state government’s advisor on electronic media affairs, naturally many YCP leaders too attended. Chiranjeevi, Nagarjuna, Murali Mohan, Brahmanadam were seen at the wedding. Minister Roja was also present.

Pawan Kalyan gave this wedding a miss. Though Pawan and Ali were close friends in films, the gap widened due to their political differences. Now that Ali is in an official post, Pawan is totally distancing from him. Pawan was in Vijayawada yesterday as part of the party meeting. So, Pawan couldn’t make it. Chiru along with wife Surekha has attended the do.

Meanwhile, CM Jagan also missed the wedding. However, he is going to attend the reception to be held in Guntur tomorrow. Several other leaders and ministers will present at the reception.