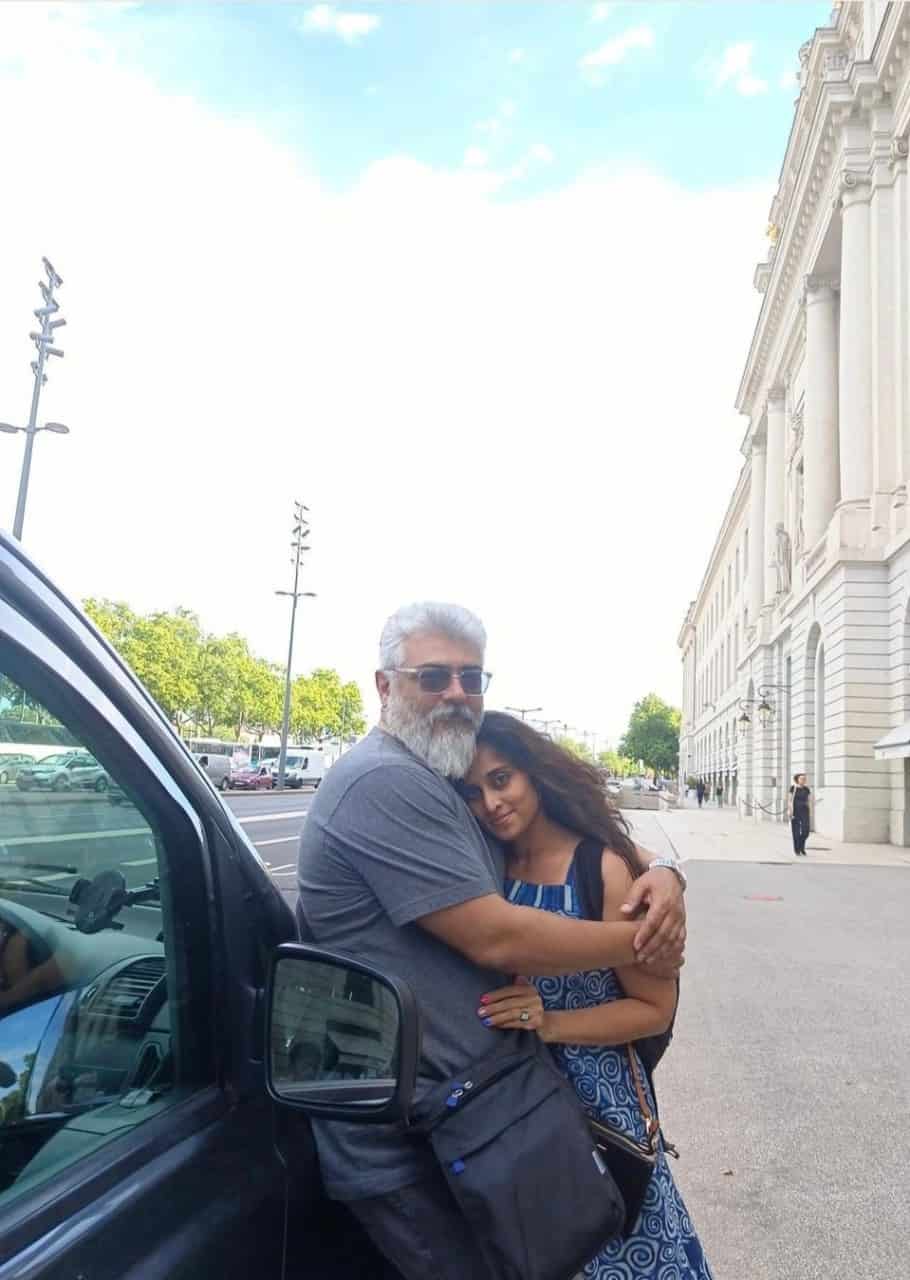 Tamil hero Ajith Kumar who stays away from social media, keeps his personal life very private. He devotes a lot of time to his family consisting of wife Shalini and two children and this is one of the many reasons he enjoys a huge following.

A picture of Ajith’s romantic hug with wife Shalini has surfaced on the internet and Thala fans are drooling over it with likes and comments. The internet sources added that this picture is from the couple’s recent tour of France and they did visit multiple locations.

Ajith is spotted with fully grey colored hair and beard. He seems to have gained weight again which is evident with his outfit while Shalini looks like an ageless beauty.

On the work front, Ajith Kumar is currently busy shooting for H Vinoth’s directorial ‘Thunivu.’ This film is aimed for Pongal 2023 release.