Is This Anupama’s Answer To Quitting DJ Tillu 2? 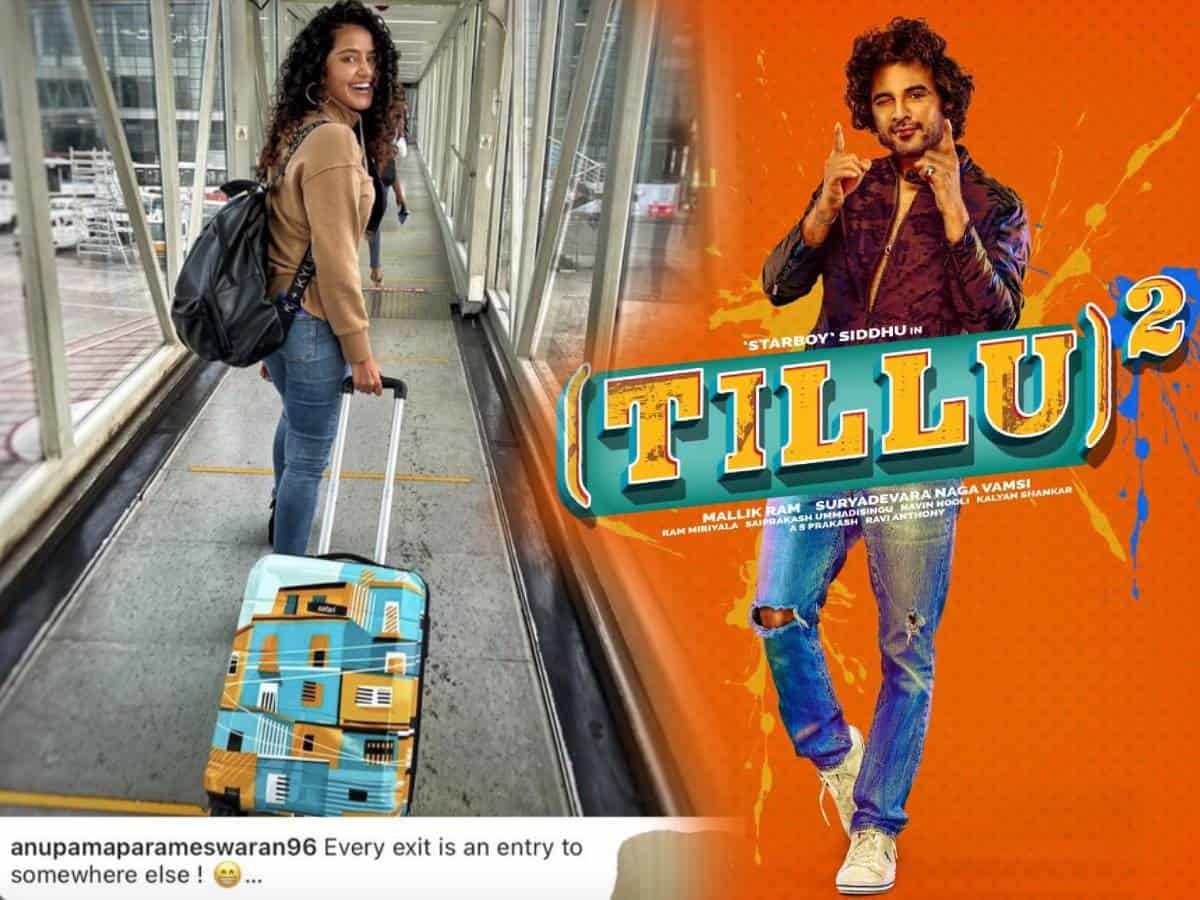 Two days ago, there was news that heroine Anupama Parameswaran had a big spat with Siddhu Jonnalagadda on the sets of their new film, and she walked out of the shooting.

Later it has come out that Siddhu’s success streak is the reason for her exit, but some say that she took Karthikeya 2 movie’s success rather seriously. Whatever it may be, none have officially confirmed her exit from the film.

However, other day, Anupama re-posted an old post on her Insta story, which reads the comment “Every exit is an entry to somewhere else”. While that old post and pictures are about Anupama boarding an aeroplane through the exit gate, it looks like the re-post is all about responding to the latest news. Many are wondering if the actress signed a big film like #SSMB28 or #NTR30 that she has decided to quit DJ Tillu 2 aka “Tillu Square”.

But the moot question that is to be answered is if Anupama herself exited the project and was shown an exit door because she got issues with hero Siddhu. Going by her post, it looks like she was sacked from the film, but then she found something better at the same time.