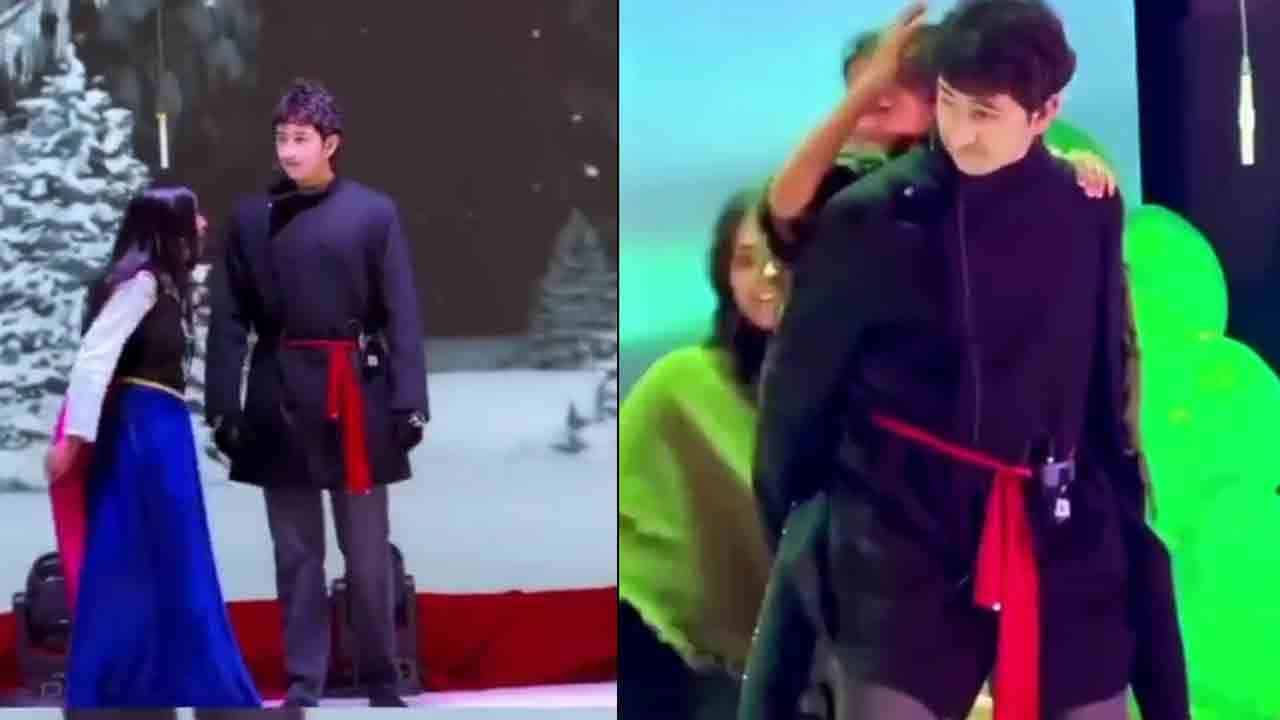 Looks like former heroine Namrata Shirodkar, who happens to be the wife of Superstar Mahesh, is on the way to making both her kids, Gautham and Sithara, as film stars. Recently we have seen Sithara acting in Penny song of Sarkaruvari Paata and later she appeared in a TV commercial for Zee Telugu alongside Mahesh. And here’s what Gowtham doing.

The 16-year-old teenager who is studying in an international school is said to be the part of school’s theatre circuit now. He has played a role from the superhit film ‘Frozen’ which was enacted on the stage as part of a theatre acting program.

Taking to her Instagram page, Namrata shared a video from the stage performance and expressed her love for her kid. She stated that Gowtham pulled off his first stage performance in style, and want to see more of the boy’s theatre work.

Well, fans are also pretty excited about this work of Gowtham as they want him to make his debut as a child actor in a full-length role, though the youngster has earlier done a younger version of Mahesh in Sukumar’s 1-Nenokkadine movie. They are full of praise for the youngster’s stage acts and hailed him as Junior Superstar and upcoming Prince.