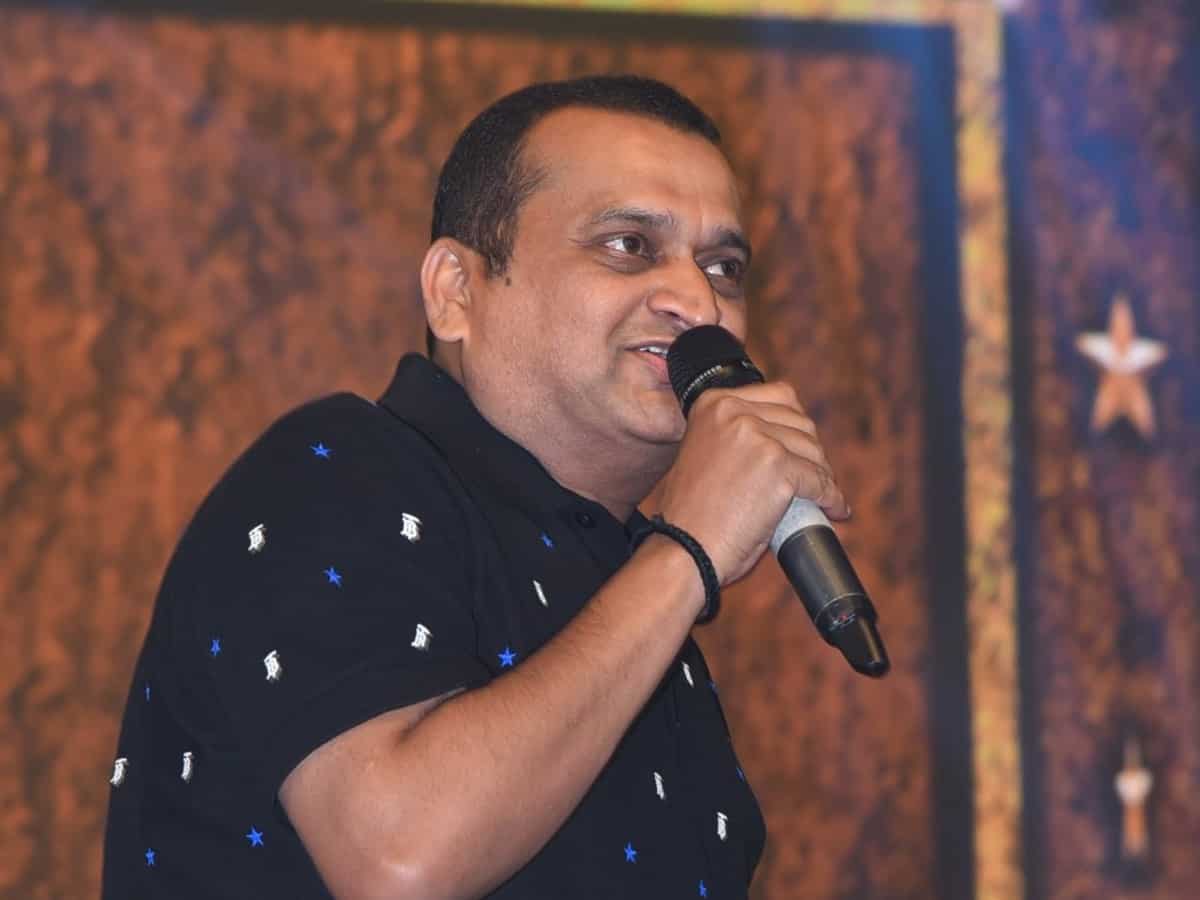 Bandla Ganesh needs no introduction. He never leaves an opportunity wasted to garner attention. Wherever he goes or whichever he attends, Bandla leaves his own mark. His speeches at many pre-release events and audio functions were already super successful.

Bandla’s love for Pawan Kalyan and Chiranjeevi made him an instant hit among mega fans. The latest is Bandla Ganesh attended Gunasekhar’s daughter’s wedding. On the sidelines of the wedding reception, Bandla Ganesh spotted Allu Bobby, the elder brother of Allu Arjun. And Ganesh’s comments on Bobby drawing comparisons with Bunny were recorded on mobile by onlookers and this video is going viral.

In the video, Bandla Ganesh said Bobby went abroad and pursued his studies. He said Bobby is studious and never ignored his academics obeying his father and producer Allu Aravind. However, Ganesh said Allu Arjun didn’t pay heed to his father whereas today he has become a pan India superstar.

Showing this as an example, Ganesh asked everyone to go by their heart but not pursue their parents’ dreams. On a lighter note, Ganesh said, “Don’t follow your parents’ words, You’ll end up like Bobby.” Even Allu Bobby took Ganesh’s words in his stride knowing Ganesh’s comedy timing and hilarious speeches.

Once again, Bandla Ganesh is back in the news and back in the business. Meanwhile, many mega fans are wanting to see Ganesh produce films with their favourite stars. Ganesh is also trying to materialise films with happening heroes very soon. It is heard that talks are going on and a positive announcement is awaited soon.