Who Did It Better? Samantha Or Genelia? 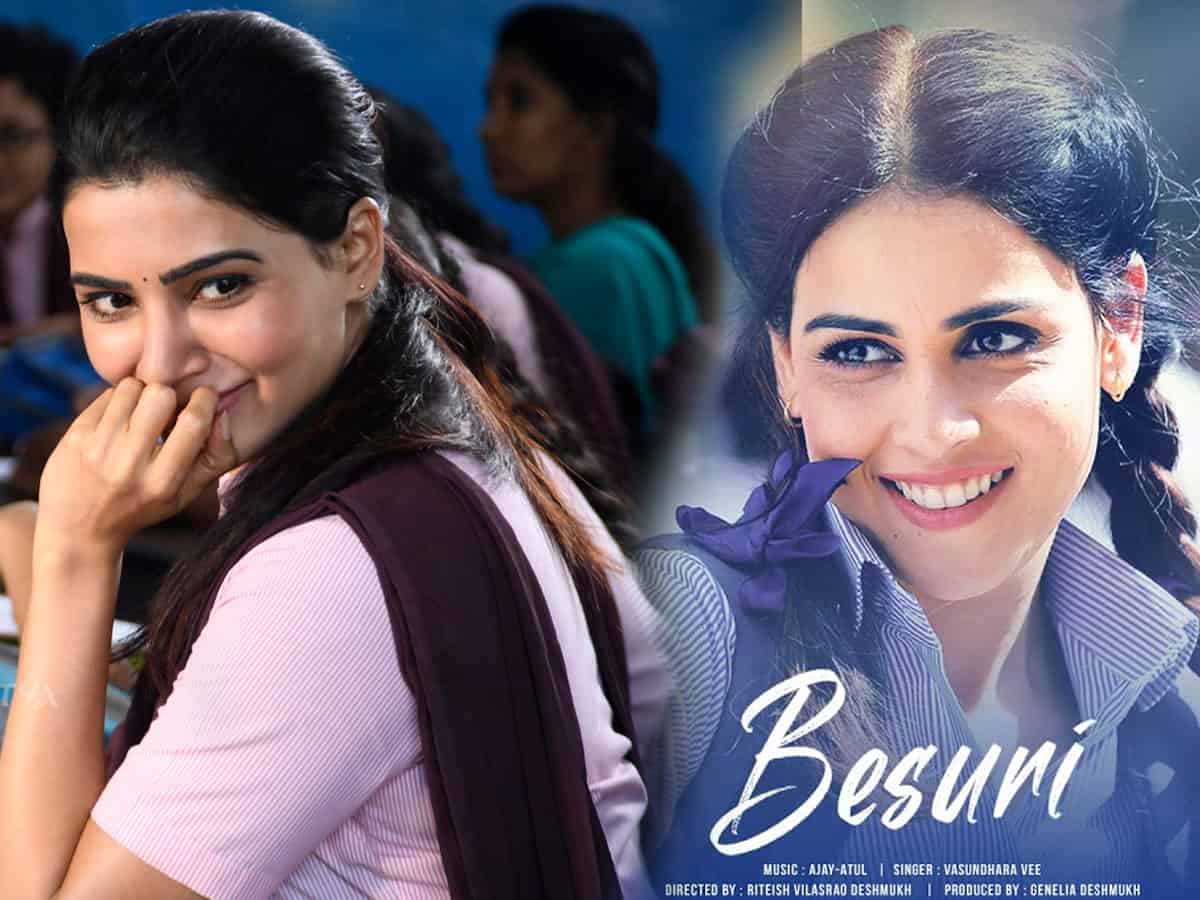 Currently, an interesting comparison and a discussion related to who is the best amongst Samantha Ruth Prabhu and Genelia D’Souza is going on in social circles. Well, while Genelia lost her form and retired from being a star heroine almost a decade ago, Samantha is still the reigning queen though her health condition slowed her down a bit. Then why this comparison anyway?

Apparently, the Marathi movie ‘Ved’ is the official frame-to-frame remake of the super hit Telugu film “Majili”, the last movie that featured the then-married couple Samantha and Naga Chaitanya together. In this Marathi version, the happening couple Ritesh Deshmukh and Genelia D’Souza reprised the roles of Chay and Sam respectively. As each song from the film is getting released, one particular video song that goes by the lyric ‘Besuri’ has gained lots of attention.

This song is nothing but the Priyathama Priyathama from the Telugu original, and Genelia also tried to appear like a school girl like how Samantha did here. However, folks are comparing that Genelia should have avoided the song as she’s not looking young like Samantha in the original to go to school in uniform and pose along with school kids. Of course, we could notice that Genelia looks aged among the school girls and boys, and even Ritesh is also looking aged. Surprisingly, both Genelia and Samantha are of the same age. They should have opted for VFX to look young in those scenes.

For now, Samantha is getting all the attention for doing the role better but the production design of the Marathi version is too impressive we have to say.