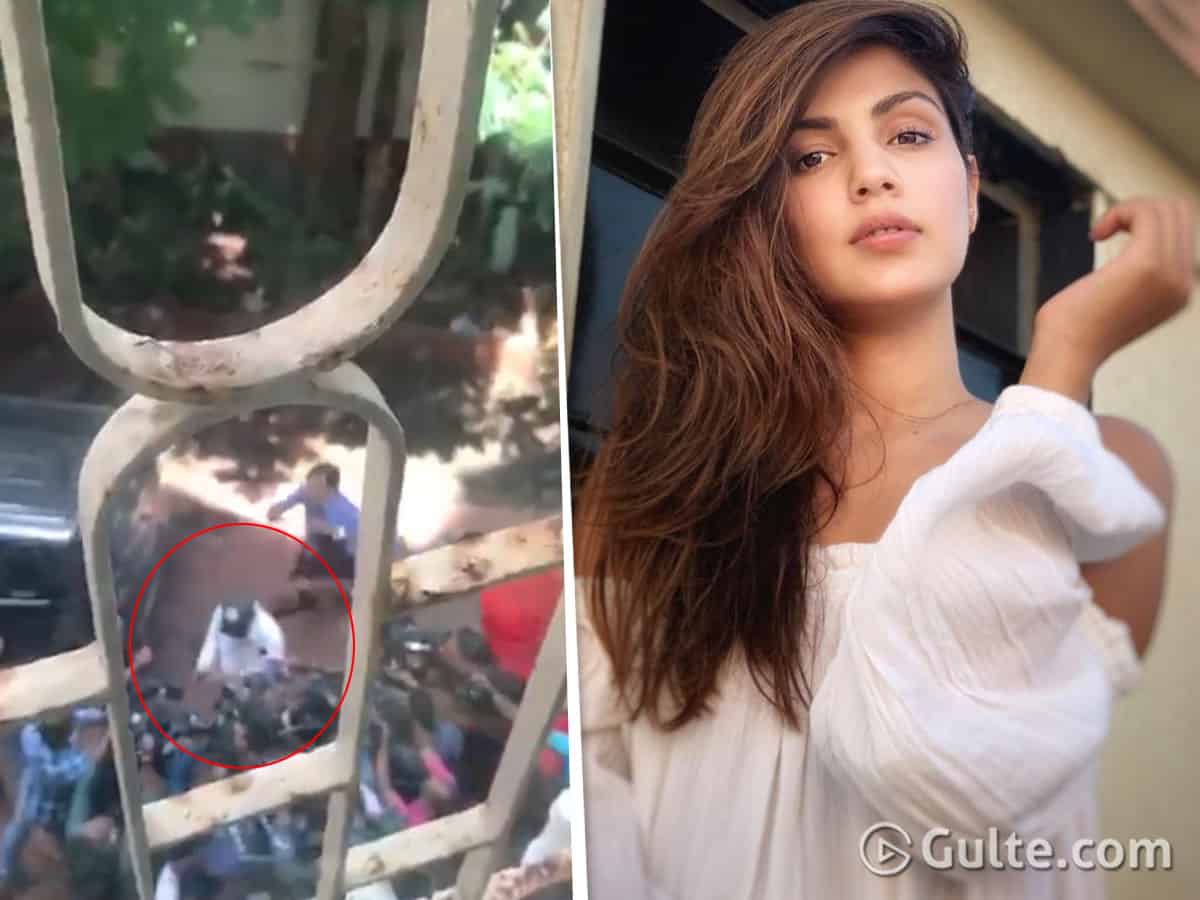 On Thursday morning actress Rhea Chakraborthy has shared a video she shot from the balcony of her home showcasing how media folks are creating ruckus at the front gate of her house and stated that they have attacked the security guard as well. And within minutes the video went viral as some ‘liberals’ started questioning how come media behave in such a way.

Well, the curiosity and need to deliver sensational news makes media folks and lensmen run after celebrities, from Diana to Dalai Lama, media always chased them in the same manner. But then, till date media never created a scene at Rhea’s house, until the actress tactfully delivered an interview other day. And here goes a truth that is obvious in this situation.

As Rhea has come up live on Aajtak (India Today) channel other day, where prominent journalist Rajdeep Sardesai interviewed her for the first time, many channels are now looking forward to interviewing the actress. But then, Rhea is said to be keeping away from those channels that have already targeted her as a criminal and gold digger, and only wants to give interviews to those channels that are promoting her positively. This led to a scene obviously.

On the other hand, when Rhea found a way to sneak out of her house to meet Rajdeep Sardesai, one wonders why couldn’t she find a way to reach CBI, ED and other agencies for the investigation. Only Rhea knows!!