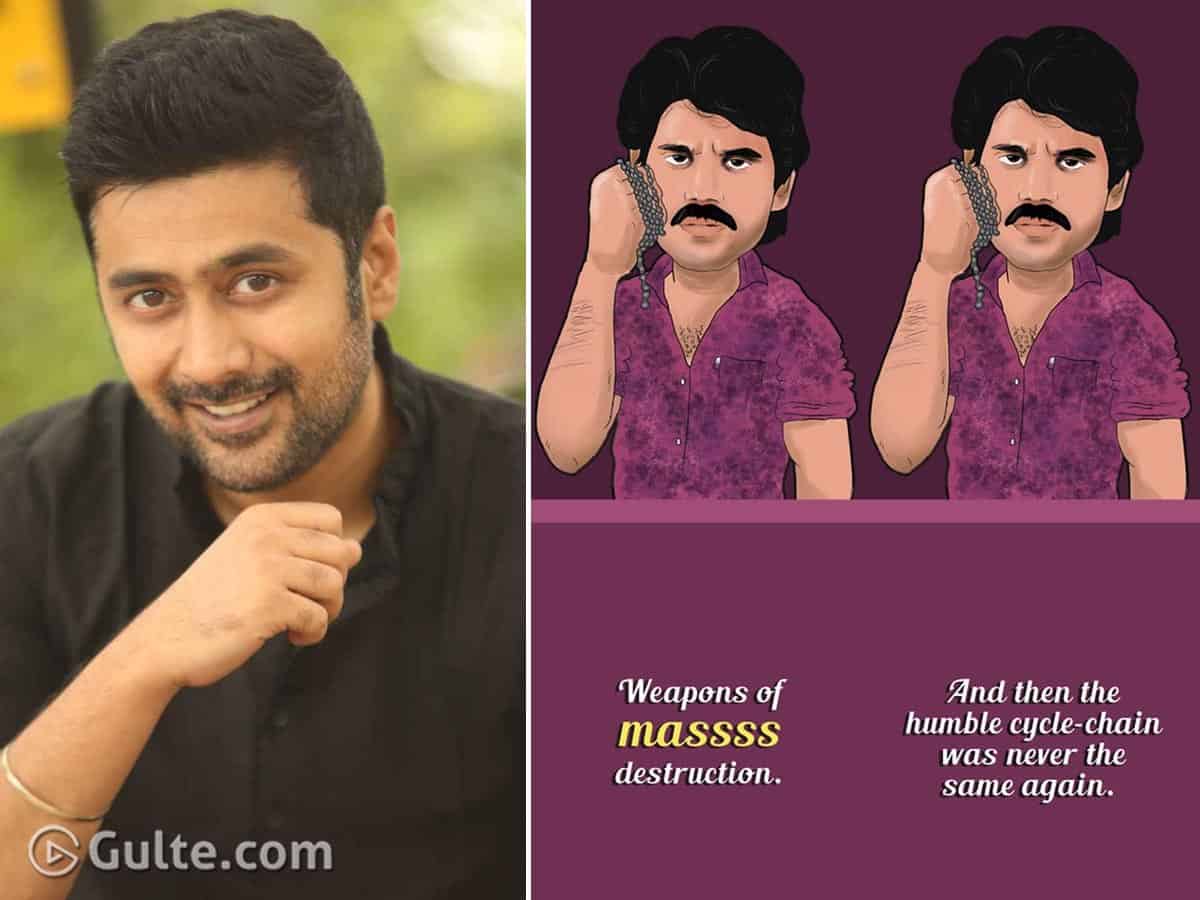 One of the biggest flops in recent times is none other than Nagarjuna’s Manmadhudu 2, a film which has come out as an extension for a super applauded original that came back in the early 2000s. Though the film is just a remake of a French movie, helmed by director (hero) Rahul Ravindran in Telugu, people trolled the director for carving out such a dud.

On the occasion of Nagarjuna’s birthday today, Rahul Ravindran saved some old memories related to this movie. While presenting the First Draft of the script to Nagarjuna, actually the director got his friend to design a special bookmark. And the wow part is, the bookmark has Nagarjuna’s image from Siva, where he wields a cycle chain, is printed on it with captions. And the captions also read, “Weapon of mass destruction” and “The humble cycle-chain was never the same again”.

Sharing this, the director wrote, “Trolls can descend on this tweet all they want..but I’ll always cherish every minute spent with him. Getting to know him personally was a life experience that taught me a lot”. While it took a long time for both Nagarjuna and Rahul to come out of Manmadhudu 2 debacle, and maybe that’s the reason Rahul put out a word about trolls.