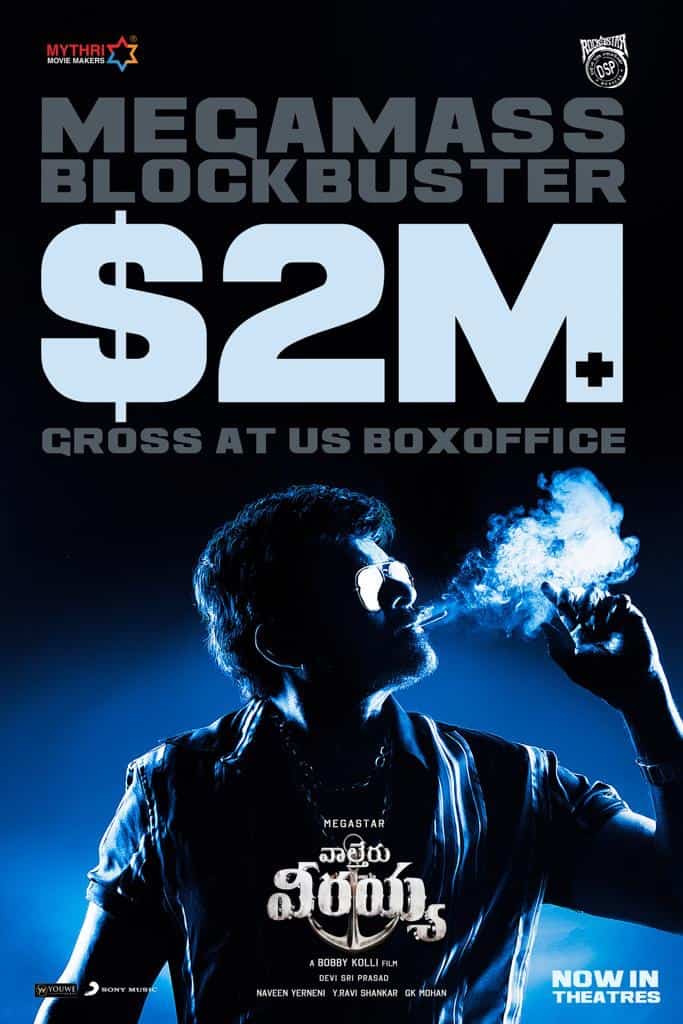 Megastar Chiranjeevi and Mega Power Star Ravi Teja’s on-screen chemistry in Waltair Veerayya has drawn the audience to the theatres. The film had an exceptional first weekend and it continued to soar in bigger numbers in working days too.

Meanwhile, the movie directed by Bobby crossed $2 Million mark in the USA. As per trade analysts, the movie that entered the profit zone within its first weekend will provide huge profits for the buyers. Waltair Veerayya is super-strong in Telugu states too.

Director Bobby presented Chiranjeevi in an entertaining, yet action-packed role, while Ravi Teja appeared in an intense role.

The star powers of Chiranjeevi and Ravi Teja and the festive occasion of Sankranti have definitely contributed to making Waltair Veerayya a blockbuster.