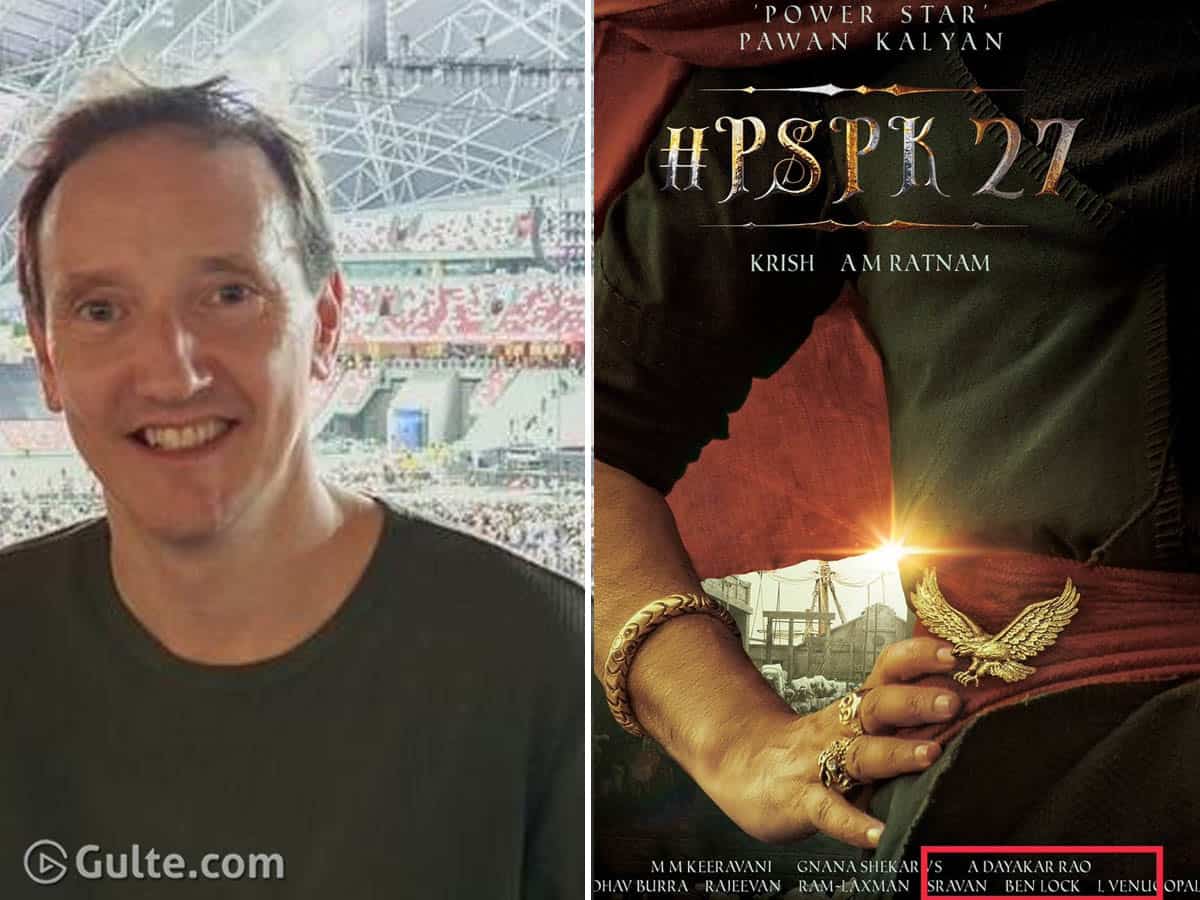 The first ever pre-look poster of Pawan Kalyan’s upcoming film under the direction of Krish Jagarlamudi, which was released on the eve of the hero’s birthday recently, got a lot of attention from all quarters. And it confirmed some rumours that the film is all about a pre-independent era leader who fights against the British.

When the likes of Rajamouli and Surender Reddy have spent 100s of crores to carve out their visual effects projects, Krish walked away with many praises earlier for bringing out a VFX film like Gauthamiputra Satakarni in just under 50 crores budget. Of course, the quality of work is different, but then, making such VFX films in under 50 crores will give 100% assurance the producer about his investment. And it looks like Krish is going to repeat that again.

Apparently a Visual Effects supervisor named Ben Lock, a popular Hollywood technician who worked on movies like Starwars Episode VII and Ready Player One, who works mostly at worlds renowned visuals effects company Industrial Light and Magic (ILM), is now roped in for Pawan’s film too. Already Ben is said to have come to Hyderabad back in March when Pawan-Krish worked on the first schedule of the film.

Looks like Telugu audiences are up for another interesting treat from Krish as he is getting all the moves right regarding the VFX of this period movie featuring Pawan Kalyan in the lead.