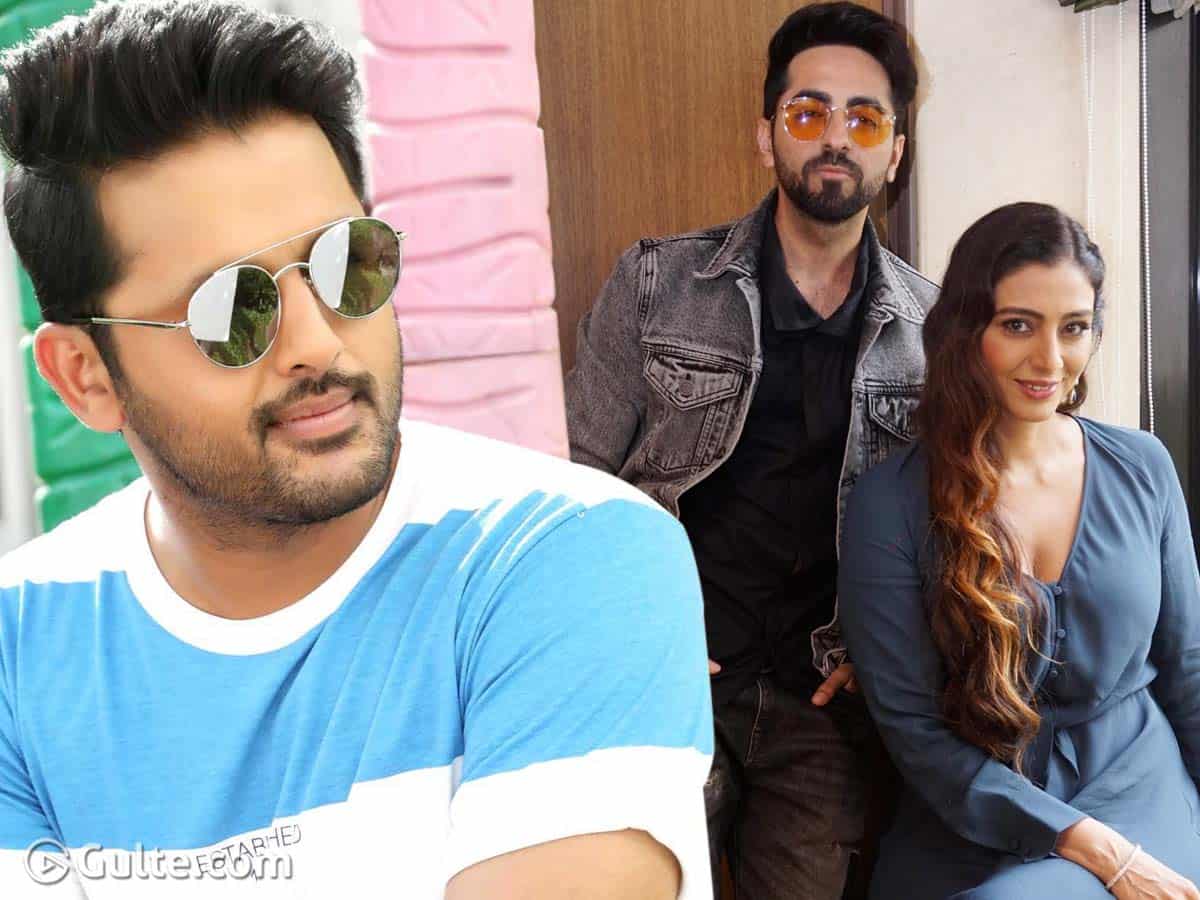 It is known that actor Nithin has agreed to feature in Telugu remake of Hindi Crime thriller Andhadun that has lead actor in a visually impaired role. Though a large section of Telugu youth already covered Andhadun on Netflix, Nithin is still very keen to show the film to majority of Telugu audiences. So, the actor himself is producing it under Sresht Movies banner.

Express Raja fame Merlapaka Gandhi has finished the script work. Those who have already watched Andhadun would know how crucial is the role of an Aunty played by Tabu in Hindi. Besides Ayushman Khurrana, Tabu received equal applause and her portrayal of character was also highlighted by critics.

Ever since the remake of Andhadun is announced in Telugu, everyone is curious to know about actress who would play the Aunt’s role. But, the selection has become a major challenge for Nithin and team. To get an actress who can pull off that role with ease, makers reportedly approached several star heroines like Nayanthara. But, Lady Superstar is said to have demanded a whopping Rs 9 Crore to come onboard. Considering that it (huge remuneration) wouldn’t be viable for this project, the makers have dropped that idea and went back to Tabu for Telugu version as well.

But, Tabu turned down the offer because she is not interested to play the same role again. Currently, they are considering the likes of Shriya and Priyamani. But, nothing has been finalized so far. On other hand, the newly married Nithin is not very keen to have heroines who are no longer acceptable.