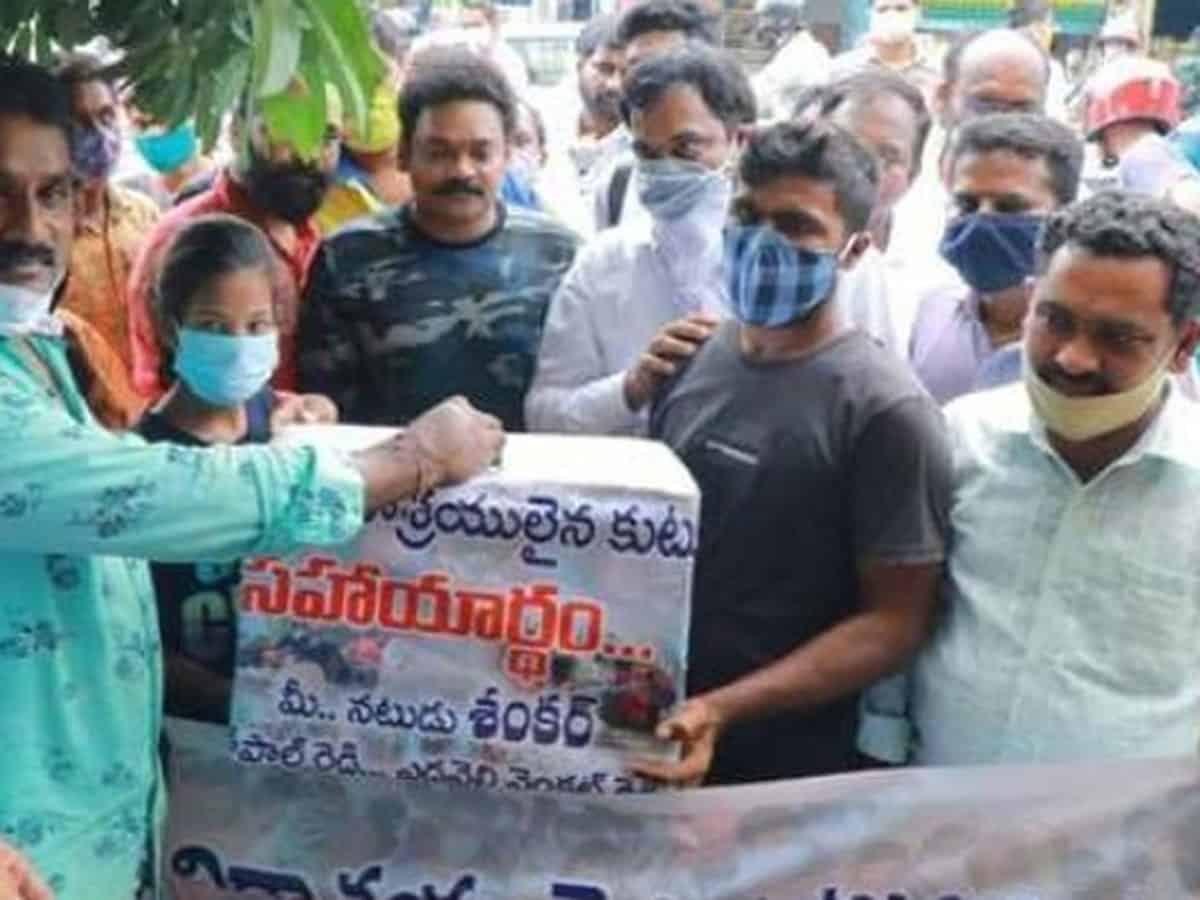 Other day a piece of news has truly stunned many people and that’s comedian Shakalaka Shankar begging on the roads of Telangana town Karimnagar. But then, the comedian did it for a cause but not for publicity or for the craze. Here goes the detail.

According to the reports, Shankar went to Karimnagar on some work and he has decided to help a few poor families. He went begging on the roads of the town and collected almost 90,000 rupees. Adding Rs 10K from his own pocket to the collected amount, Shankar is said to have donated that to seven families from the town who lost their livelihood due to the Covid-19 pandemic.

Talking about this, the comedian stated that he would be begging like this from now on, once in a month, in order to help poor families. That is a noble initiative we must say, like how legendary NTR used to go for ‘bikshatana’ whenever a calamity has struck Telugu people, and used to collect funds to help the needy.

On the work front, Shakalaka Shankar has three films in hand, which have him in the lead, while none of his past solo-hero movies clicked at the box office.