My Family Stands With Jyothika: Suriya On Temple Controversy 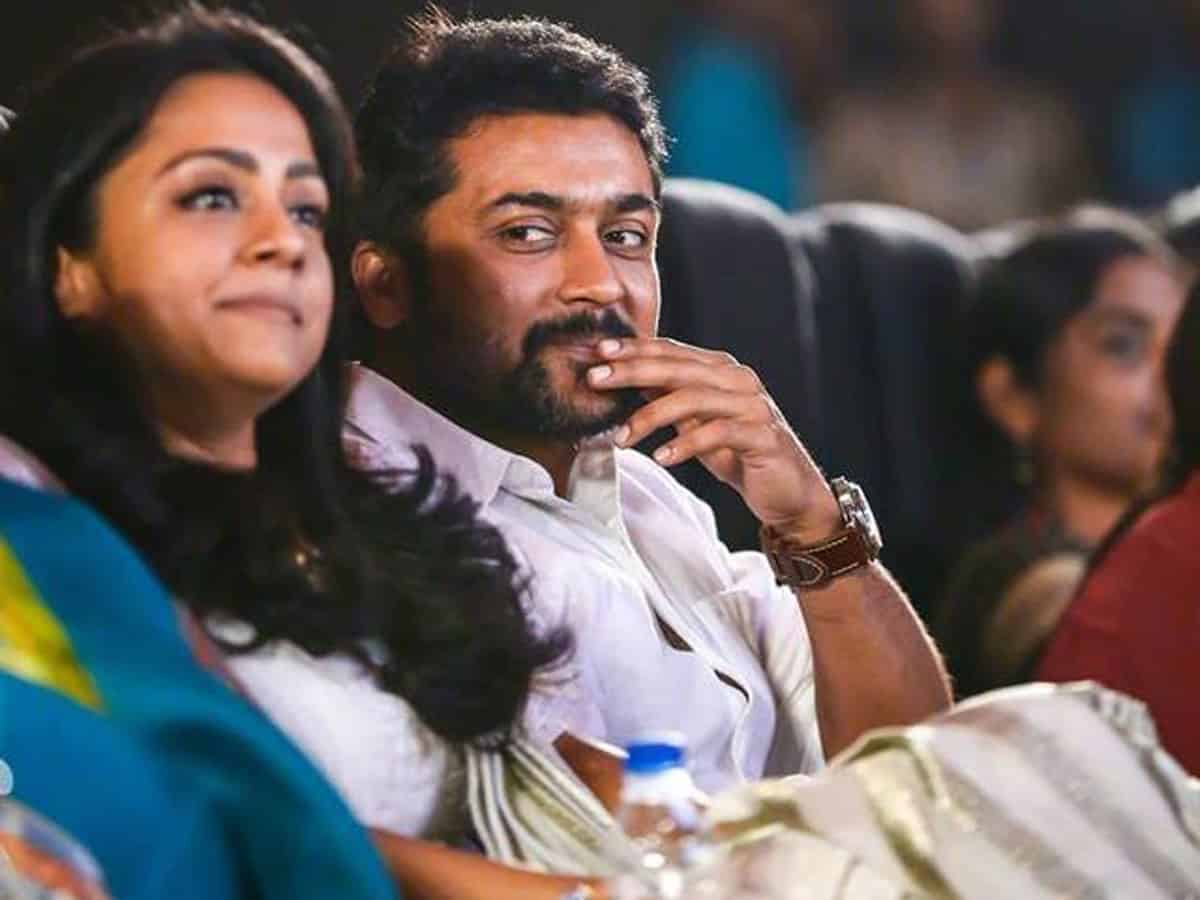 Long back at an award function, Jyothika asked people to donate to schools and hospitals just as they do to temples when she noticed a hospital in very poor condition that is just opposite to the famous Thanjavur Brihadeeswara Temple, which is looking all grand. She was there during the shooting of Ratchasi movie.

Though it is an old video, the remarks of her snowballed into big controversy now as the right-wing supporters abused her as they feel it as an insult to Hinduism and temples. Jyothika had to face the criticism from popular faces like Gayathri Raghuram, S.Ve. Shekhar while SR Prabhu and Rajasekar Pandian came in support of Jyothika’s statement.

Jyothika’s husband actor Suriya issued a strong statement today in support of her words and says his family stands with her. Suriya in his statement clarified that Jyothika has asked people to give high regard to schools and hospitals just like they do to temples. Mentioning the reference of Vivekananda and other spiritual gurus, Suriya said helping people us equal to god’s offerings and those who do not listen to such thoughts will not know this.

Suriya found it fault with people who have been calling Jyothika’s statement as crime and asserted that his family fully stands with her opinion in the speech. Also, he thanked his supporters while the many were working to malign their image and assassinate their characters online.