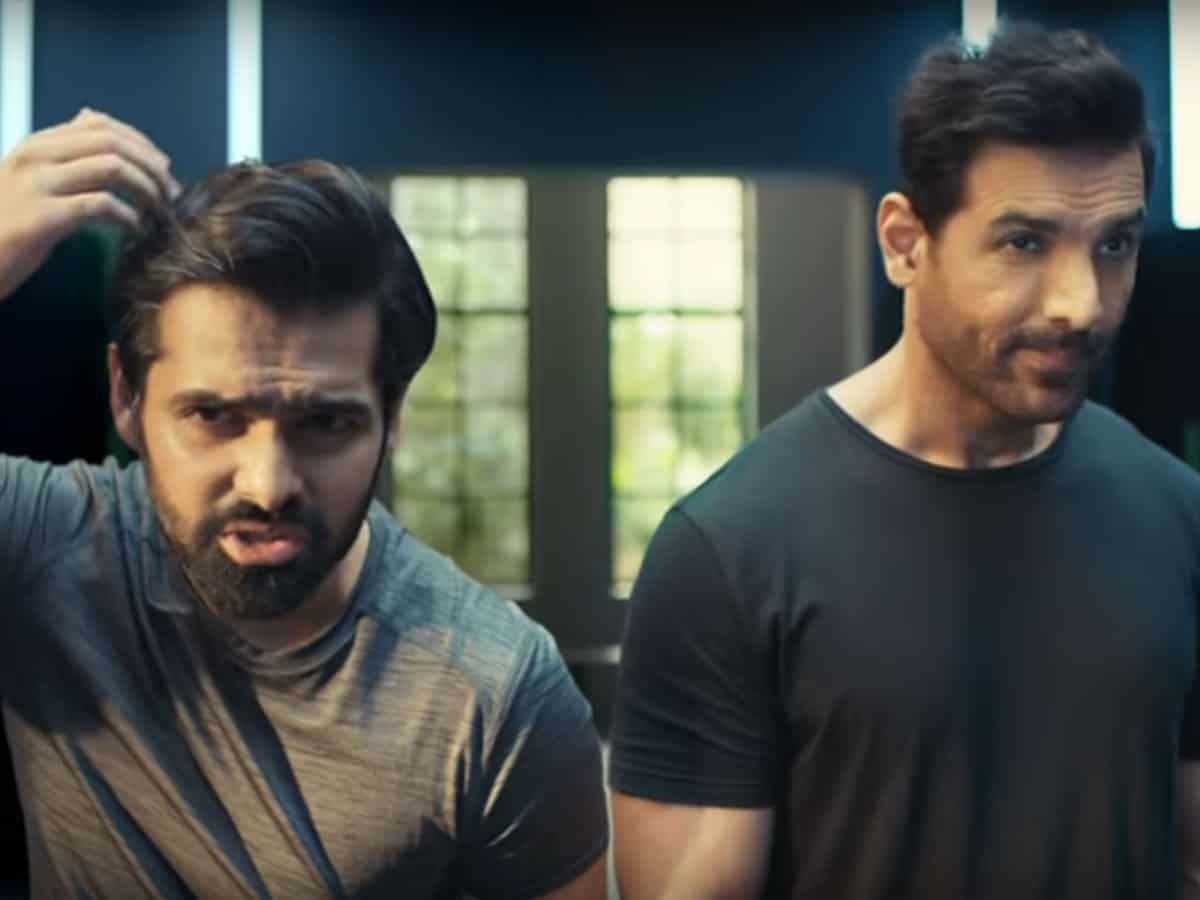 Very few actors and sportsmen get very good at brand endorsements, like Mahesh Babu or a Dhoni. While many others try their luck, most of them find that these 30 seconds advertisements are not for them. Here is one of our favorite actors, Ram Pothineni debuting in brand endorsements and he has gone for a grey hair problem right in the first one.

Ram Pothineni joined hands with the famous hair color and shampoo brand Garnier to endorse their 5-minute hair color. Ram appears in the ad with John Abraham while the latter solves Ram’s grey hair complaint in 5 minutes. This is that kind of ad where a youngster (mostly a rookie model) suffers an embarrassment and the superstar solves it in style.

While the ad looked crisp and well shot, John Abraham has the major show, and Ram going for grey hair is something our Telugu audience may not like. Ram did well with the dubbing.

The grey hair is not just the aged people’s issue these days, but many youngsters are facing the problem. But the thing is not many cares about it these days. Well, coming to this endorsement, Ram appearing in a grey hair color ad is more like a happening heroine appearing as the mother of a teen girl in a famous soap commercial.

Earlier, Sushant Singh Rajput and Tiger Shroff were the faces of Garnier men.