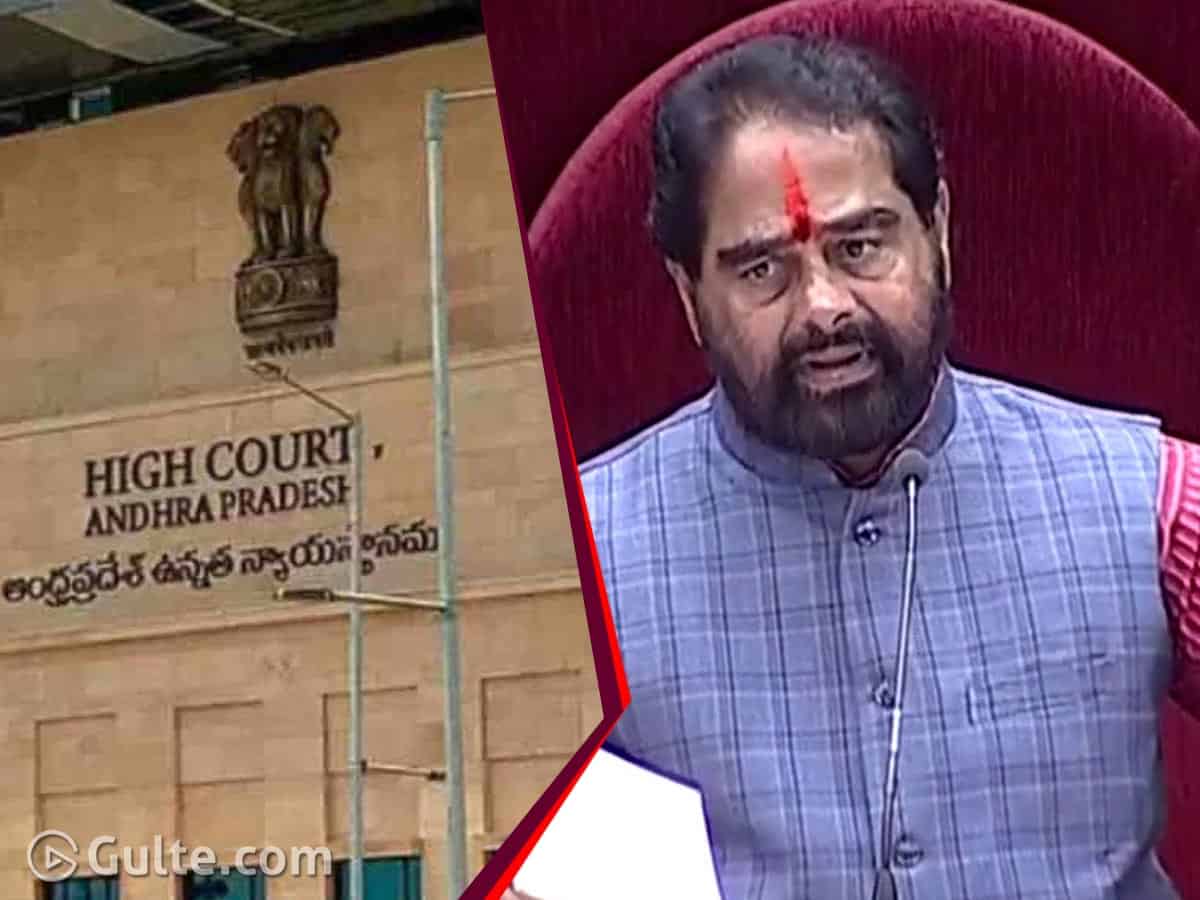 The Andhra Pradesh High Court made serious remarks against Assembly Speaker Tammineni Sitaram. The court said that it was not fair on the part of Sitaram to pass insulting and derogatory statements against the judiciary while occupying a Constitutional post.

If you are not happy with the verdict delivered in the High Court, then go for an appeal in the Supreme Court but do not pass such objectionable comments against the verdicts in public, the judges said.

The High Court said that the judiciary was in a very pathetic condition in Andhra Pradesh. In no other place in the entire country is the judiciary being considered derisively, it said.

On Thursday, the court took up hearing into the petitions filed against the smear campaign on the judiciary by the YCP leaders on the social media.

The court made it clear that the cases would be transferred to the CBI for investigation if the CID fails to make any progress in the investigation.

When the High Court asked if the Speaker made the derogatory statements in the Legislative Assembly or outside, the High Court Standing Council advocate replied that the statements were made before the media on Tirumala hills.

Then the High Court said it was depicting a picture as though a war is being waged against the judiciary system in AP. The Additional General said that the government does not have any objection if CBI inquiry was taken up into the issue.

Hearing to this reply, the High Court put the verdict in reservation.

Over 90 leaders and elected representatives of the YCP have been identified to be involved in the smear campaign against the judiciary and judges. The High Court also asked for filing cases against all the leaders, including Assembly Speaker Tammineni Sitaram.