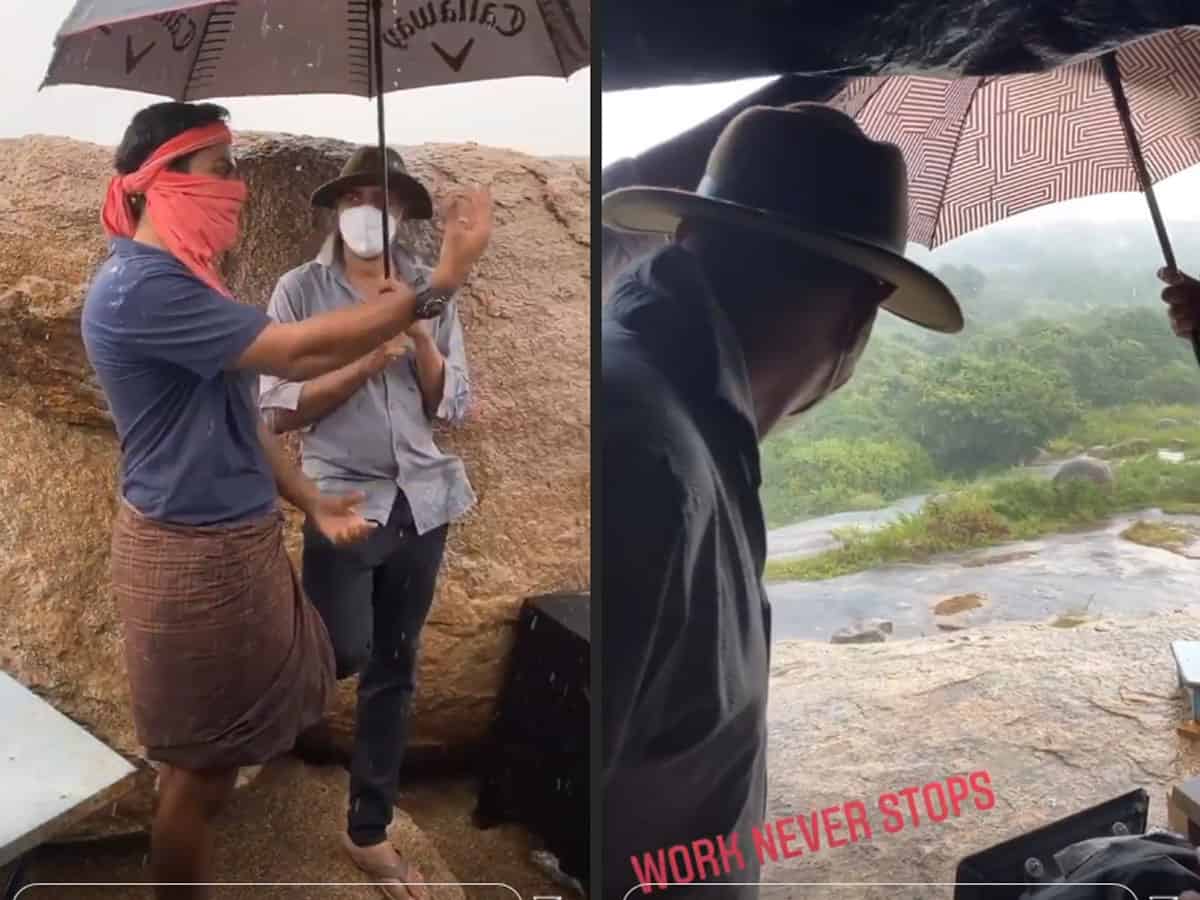 Rakul Preet, who had attended the probe of the Narcotics Control Bureau (NCB) in Mumbai last month in connection with the Bollywood drug probe, has returned to shoot. Rakul is currently shooting for Krish’s untitled film.

It is buzzed that the film is Sannapureddy Venkata Ramireddy’s novel ‘Kondapolam’ and the film is set in a rural milieu. Rakul will be seen as an agricultural worker. Panjaa Vaishnav Tej also plays the role of a daily-wage field worker. Vaishnav is seen wearing a lungi and talking to director Krish in the glimpse shared by Rakul.

The behind-the-scenes video however hasn’t revealed Rakul’s de-glam look from the film. Sharing the video, Rakul wrote, “Work never stops.” The team is seen protecting the camera in rains. The team is canning crucial scenes near Vikarabad. “Shooting while protecting the camera from rains. As if COVID was not enough, it is now the Hyderabad rains that are causing the hurdles,” Rakul was heard saying in the video.