Most Under-Rated Movies Of Bollywood 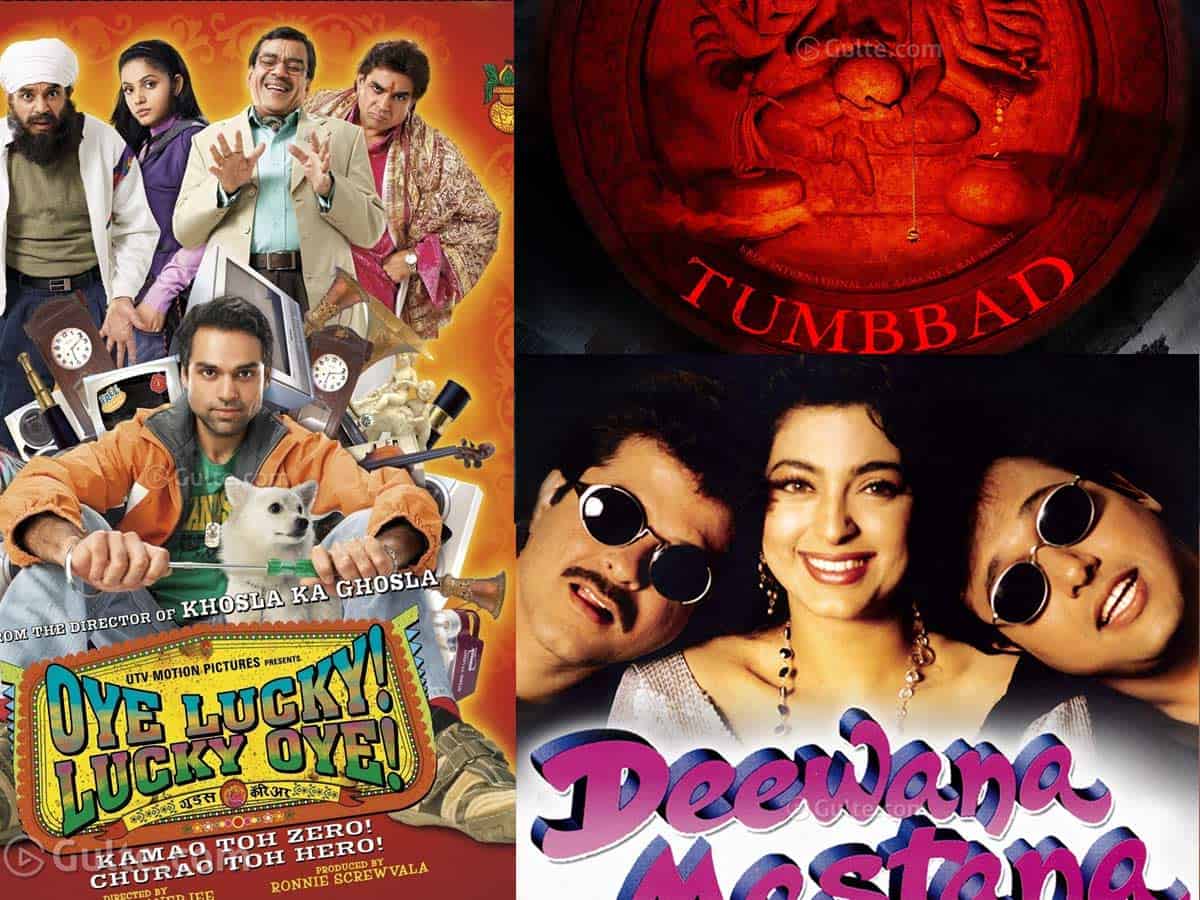 The under-rated movies of the industry are not your usual commercial hits. These movies do not generally have the romance and the drama we would see in a commercial movie. These movies, as some may call are “your second chance movies”, ones which did not receive the credit they should in the first place. Take some time out of your day to watch the most under-rated movies of Bollywood and we promise you will not regret it.

1.Chamatkar
Available in: Netflix
Chamatkar was released in 1992, starring Naseeruddin Shah and Shah Rukh Khan. The movie is witty and promises entertainment. Sundar (played by Shah Rukh Khan) loses everything and turns a graveyard into his abode. Marco (played by Naseeruddin Shah) befriends Sundar. The tales of an ex-goon Marco and a stone-broke Sundar manage to keep us on our toes with the laughter saga.

2.Deewana Mastana
Available in: Amazon Prime
Directed by David Dhawan, the movie was released in 1997. Imagine having four great actors- Juhi Chawla, Anil Kapoor, Govinda and Johnny Lever in one movie. This movie is it, the comedic timing of the actors and the songs take you on a ride of entertainment. If you plan on watching a movie on Sundays, with your family, this movie will do it for you.

3.Do Dooni Chaar
Available in: Netflix
Do Dooni Chaar captures the essence of love and relations that web in a middle-class family. The movie stars real-life couple Rishi Kapoor and Neeti Kapoor. This movie is a crowd pleaser and audience of any age could watch the movie and enjoy it. Rishi Kapoor beautifully manages to show us the trouble a middle class school teacher, would face while buying a car.

4.Tumbbad
Available in: Amazon Prime
Tumbbad is a movie that would make you regret not watching it on the big screen. It is a period drama movie, conveying a mythological story about a goddess who created the universe and her greedy son. The movie focuses on the greed human mind has and takes its audience on an adventure. Grab a bag of popcorn and watch this movie with your friends!

5.Oye Lucky! Lucky Oye!
Available in: Netflix
Oye Lucky! Lucky Oye! is a real-life story of Bunty thief. The genre of the movie is comedy crime and shows how Lucky (played by Abhay Deol) steals everything and anything he wishes for. The director created a charismatic thief for us and portrayed how this thief could steal from the rich until he ends up getting caught. The movie is a break you deserve after working really hard.