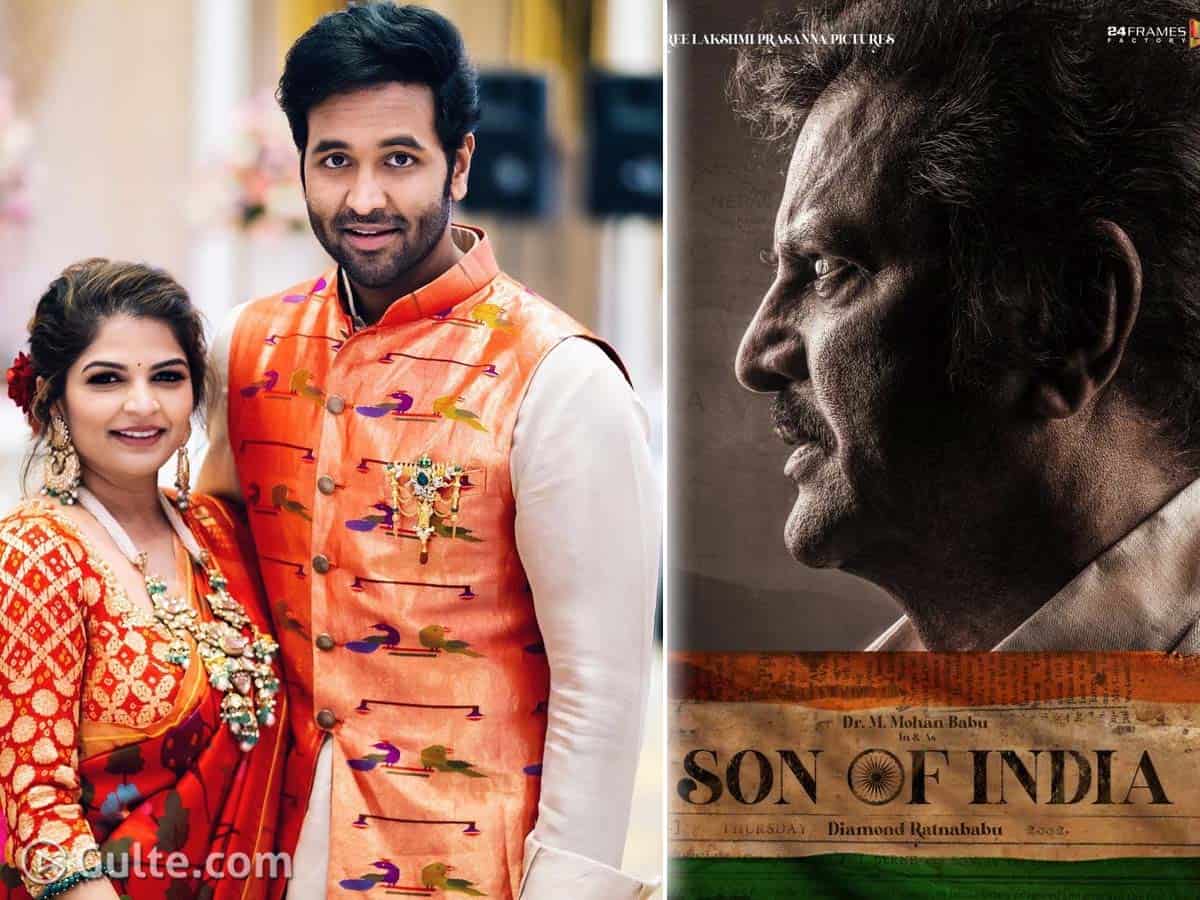 Manchu Vishnu’s wife Viranica, who is the mistress of the Manchu house, is making her foray into styling and costumes. Viranica, a business woman and hails from a business family, is a wife and mother. She is going to style her father-in-law and actor Mohan Babu in Manchu’s prestigious film Son Of India. Mohan Babu, who is playing a hard-hitting role in the film, has also penned the screenplay.

Viranica used to help Vishnu in his personal styling. She also takes care of the styling of her four children – three daughters Ariana, Viviana, Ayra Vidya and son Avram. While she has interest in styling, she is now testing her styling skills with the Son Of India. Directed by Diamond Ratnababu, the film’s shooting has commenced. Ilayaraja is going to compose the music.