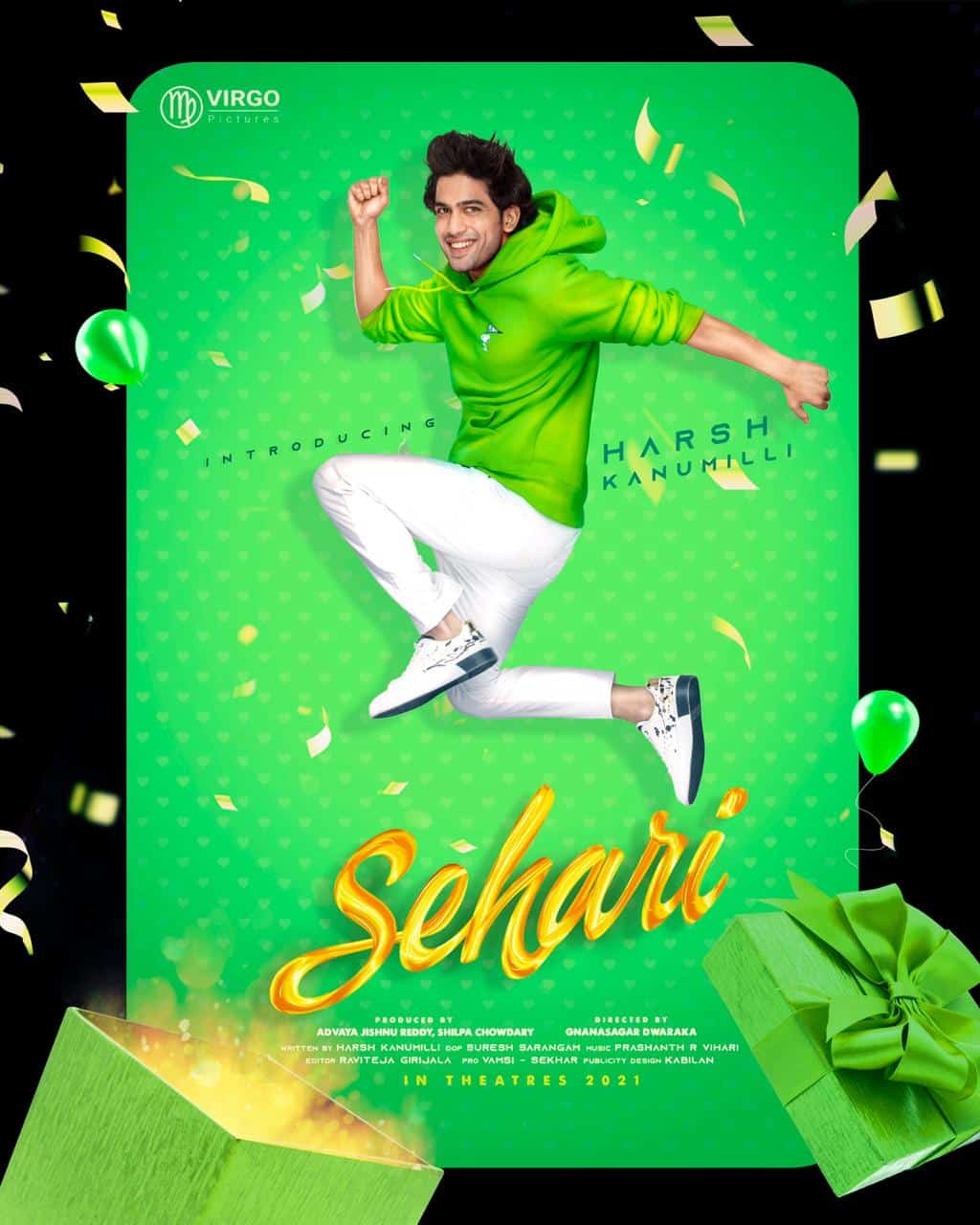 Harsh Kanumilli is making debut as hero with a romantic comedy Sehari. Simran Choudary is the female lead in the debut directorial of Gangasagar Dwaraka. Hero Balakrishna has launched first look poster of the film.

As we can see in the poster, Harsh Kanumilli appears ecstatic as dhamekedar party is happening. The poster looks showy with all the party props in it.

A production venture of Virgo Pictures, Sehari is bankrolled by Advaya Jishnu Reddy and Shilpa Chowdary.