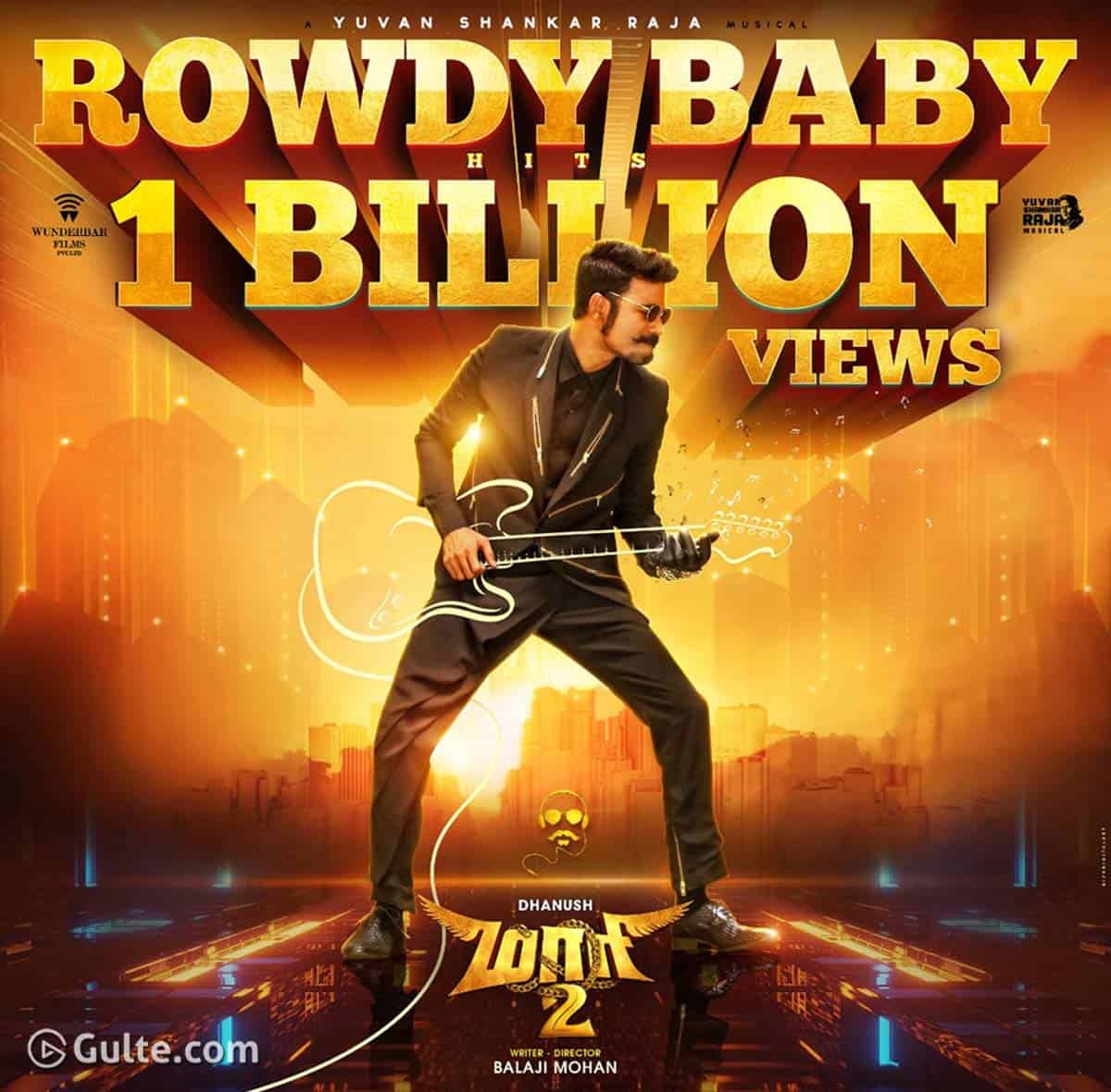 Sai Pallavi is the synonym for Rowdy Baby in the movie industry. Thanks to the great success of the Rowdy Baby song from the film Maari 2, the actress’ fame crossed boundaries. Recently, the ‘Rowdy Baby’ song clocked 1 billion views on Youtube and set a new record. Sai Pallavi and Dhanush set the dance floor on fire with their dance moves in the film. Dhanush, Sai Pallavi, and the film unit thanked the audiences for the unlimited love they showered on the song. Wunderbar Films that produced Maari 2 released a CDP to celebrate ‘Rowdy Baby’ one billion achievement. The CDP has resulted in a controversy now as the poster features only Dhanush but not Sai Pallavi who actually deserve the major credit.

The fans, audience, feminists, and netizens on Twitter have been sharing their opinions on the absence of Sai Pallavi on the CDP. Many are calling it an unfair move.

“Why does it hurt for them to add sai pallavi in the cdp? she was the main reason for this.” read a tweet. Another netizen wrote, “What is this song without @Sai_Pallavi92. Most unfair to launch a CDP without her name and that of Dhee.” “Sai Pallavi isn’t in the picture, and Dhee isn’t even in the mentions. They were the core which made the song get 1 billion.” read one more tweet. “A song where @Sai_Pallavi92 carries the whole song with her expressions is not on the cover of a historic event. What do women have to do to get recognition?” read another tweet.

‘Wunderbar films’ is headed by Dhanush and let us see if the production house or the actor himself makes a statement regarding the controversy.