Entire Industry On One Side, Pawan Kalyan On Other Side 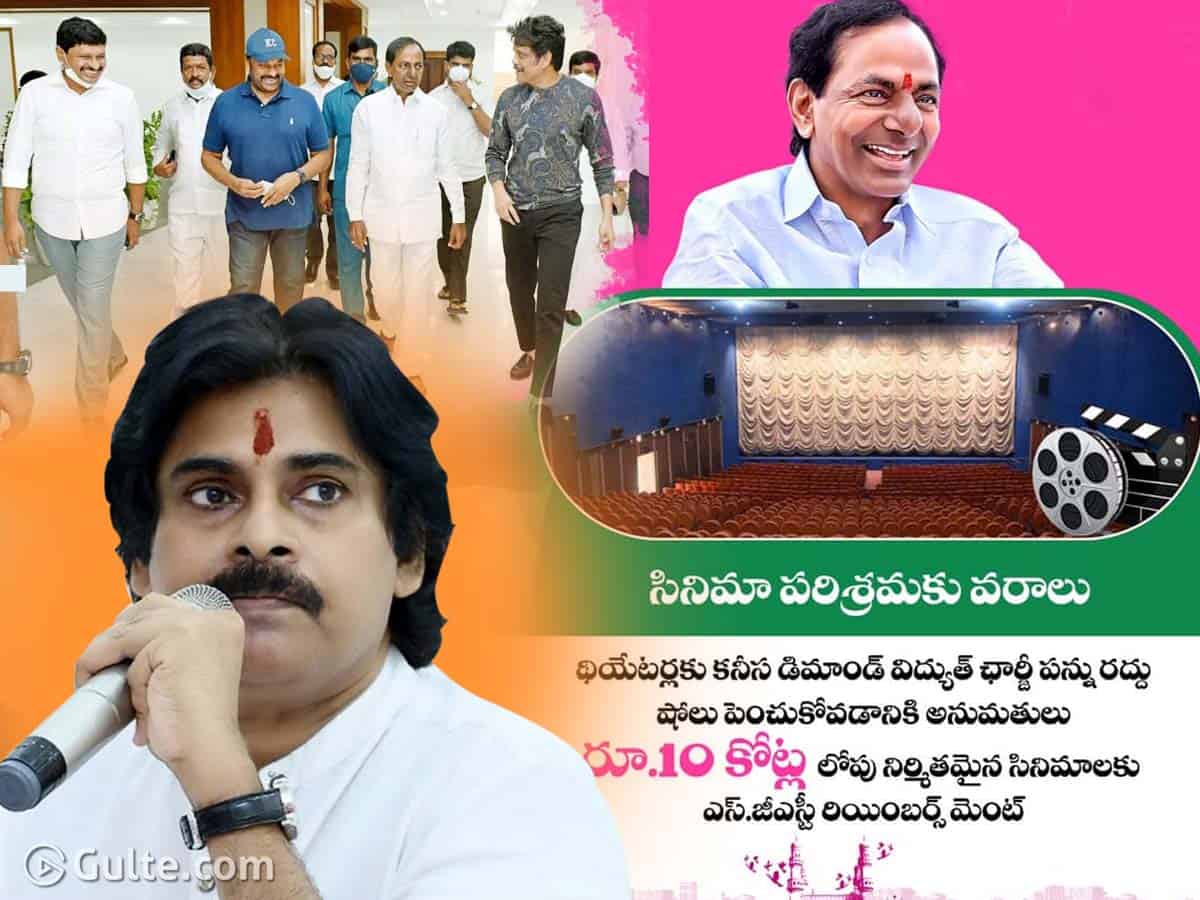 While the entire Telugu film industry is heaping praises on Telangana CM KCR over his relief measures to cinema including the waiver of electricity bills to theatres for six months, State GST reimbursement to films within Rs 10 crore budget and flexibility in ticket prices, the only star hero who is opposing KCR right now is Pawan Kalyan. Pawan’s core is films. He has five to six films lined up. And his films will also get benefited indirectly if there is a flexibility in ticket prices and exhibitors would get benefited if there was a waiver of power bill to cinema theatres. Yet, Pawan couldn’t praise KCR now owing to the ongoing TRS Vs BJP fight in the GHMC elections.

While Pawan has withdrawn the candidates of Janasena in the GHMC election, he has announced unconditional and full support to BJP’s corporator contestants in the 150 divisions of Greater Hyderabad. This is certainly a move that irks KCR and TRS. This is the reason, TRS leaders had already started attacking Pawan verbally. As Pawan Kalayn is meeting top leaders of BJP in Delhi today including Party’s national president JP Nadda and Pawan is expected to campaign for BJP in GHMC elections on Nov 28th and 29th, naturally, Pawan is expected to criticize and make harsh comments on CM KCR and his administration.

The Telugu film industry on one hand is lauding KCR’s decisions. Pawan Kalyan’s own brother Chiranjeevi is leading the industry. He is the first person from the industry to welcome CM KCR’s relief measures. The likes of Nagarjuna and other top filmmakers, producers have thanked CM KCR. This is a tough time for Pawan as he needs to stand on the other side due to his political affiliations and equations.