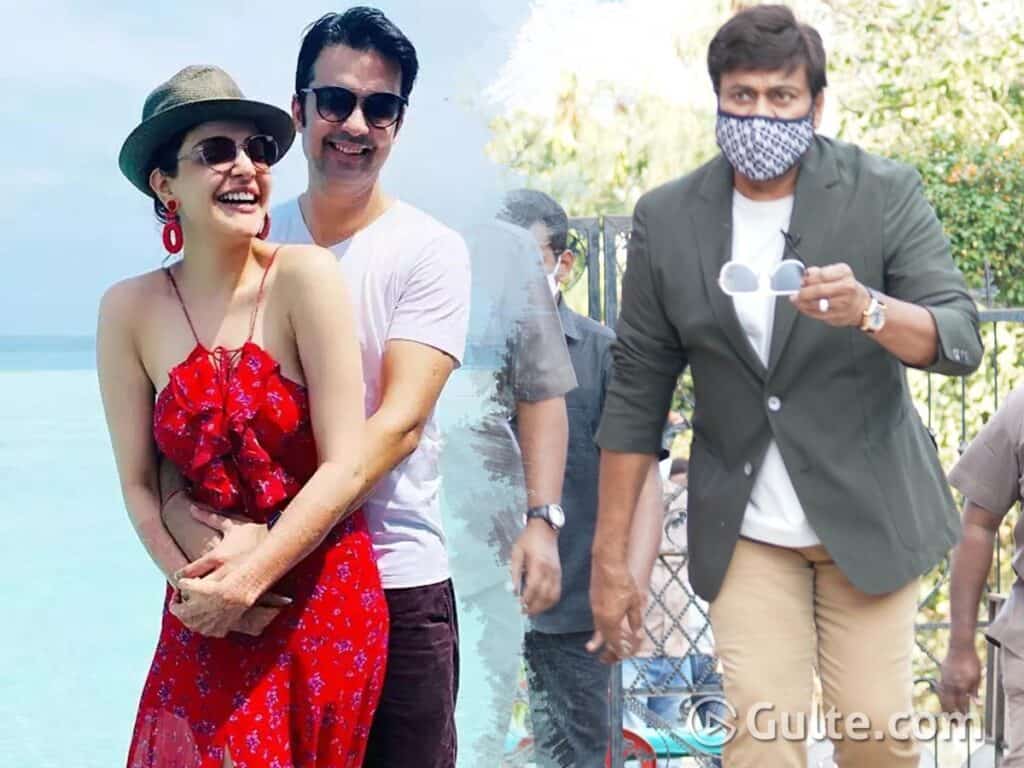 Kajal Aggarwal has ended her honeymoon trip recently and started focusing on getting back to work. The star heroine got married to her longtime boyfriend, Gautam Kitchlu, in October. The actress recently flew down to Chennai to sign a new movie with director Deekay. It is a multistarrer horror film. Now, we came to know that Kajal is set to join Acharya’s shoot from next month. Team Acharya is planning to can a new schedule in Rajasthan in January. Kajal will join the film’s sets in Rajasthan.

Director Koratala Siva is currently filming an action sequence in Hyderabad on Megastar Chiranjeevi and other actors. Chiranjeevi will fly to Udaipur for Niharika Konidela’s wedding. After completing all the wedding festivities, the actor will again take part in a short schedule that takes place in Hyderabad. Most likely, a new schedule will take off in January’s first week.

Ram Charan, who will play a special guest role in the film, will also take part in the film’s shoot from the new schedule in January. Rashmika is in talks to play his romantic interest.