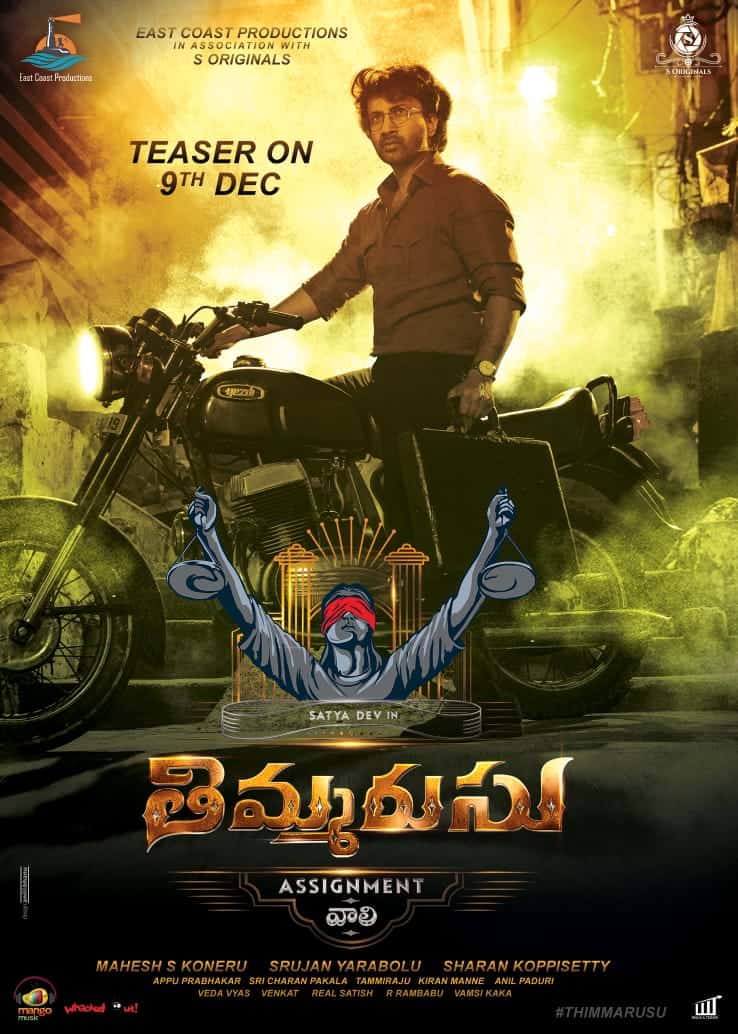 Talented actor Satya Dev is back with a new film in no time and here comes the first look of ‘Thimmarusu.’ Seen sitting on a bullet bike, Satya Dev holds a briefcase in his hand and flaunts a new look wearing spectacles. He is ready for a ride probably for an adventurous one.

Sharan Kopishetty is directing ‘Thimmarusu’ while ‘Taxiwaala’ fame Priyanka Jawalkar is playing the female lead role. Touted to be an edge of the seat commercial entertainer, this film might get a theatrical release.

Along with the first look, the makers have announced the teaser launch date which is on December 9th. The film’s shooting has been wrapped up while the post-production works are in progress.