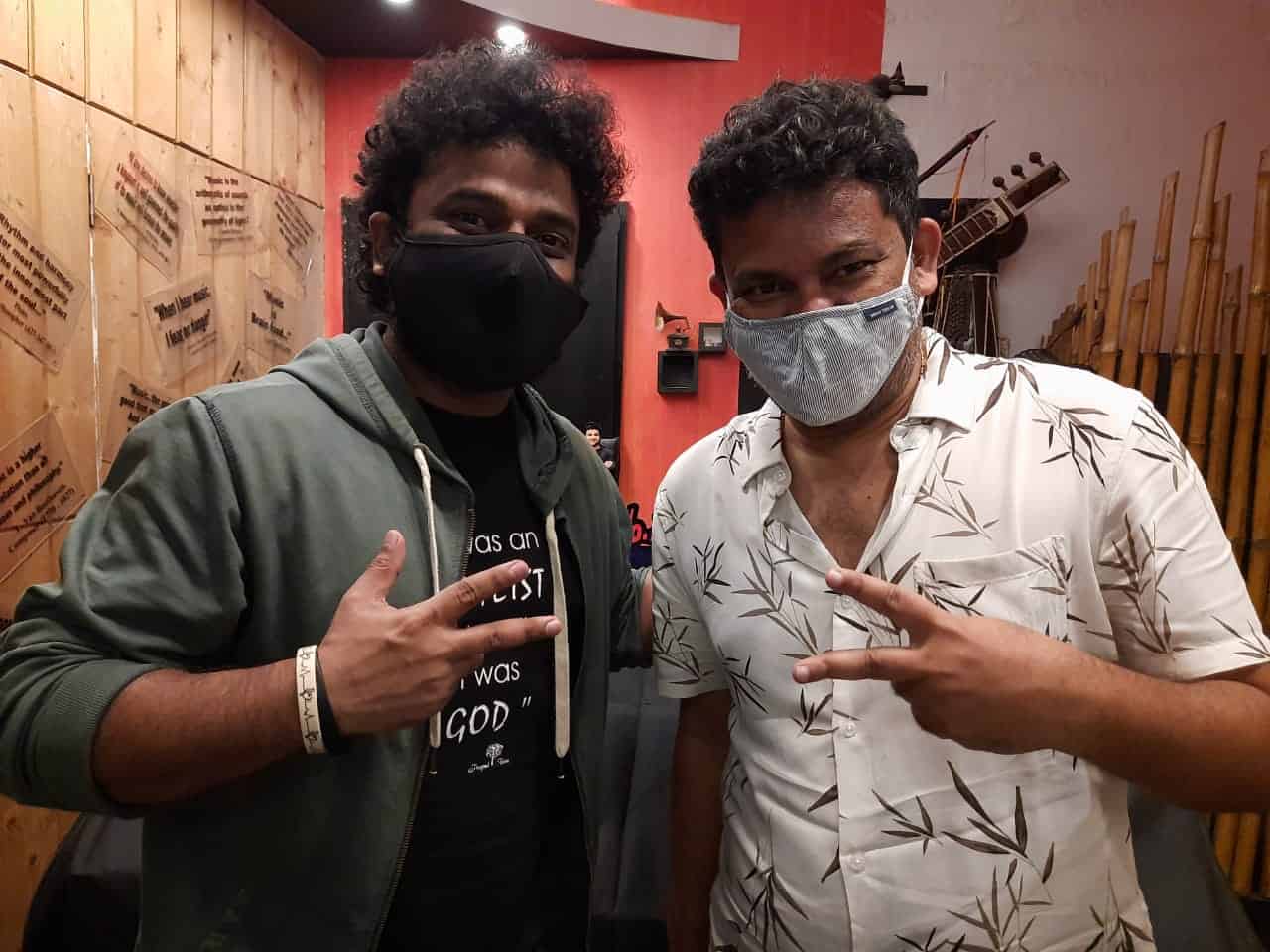 Mass Maharaj Ravi Teja and director Ramesh Varma’s upcoming film Khiladi is done with its first schedule in Hyderabad. Meenakshi Chaudhary and Dimple Hayathi are the heroines opposite Ravi Teja in the action thriller produced by Satyanarayana Koneru of A Studios in partnership with Pen Studios.

The film’s music sittings begin today. Ramesh Varma and Devi Sri Prasad are in Chennai on this work. Both Ramesh Varma and DSP can be seen wearing mask in a studio. This is second film together for the duo. DSP previously associated with Varma for the director’s first film Oka Oorilo.

Ravi Teja will be seen in dual roles in Khiladi that comes with the tagline Play Smart. The first look and Dussehra special posters of the film garnered good response.